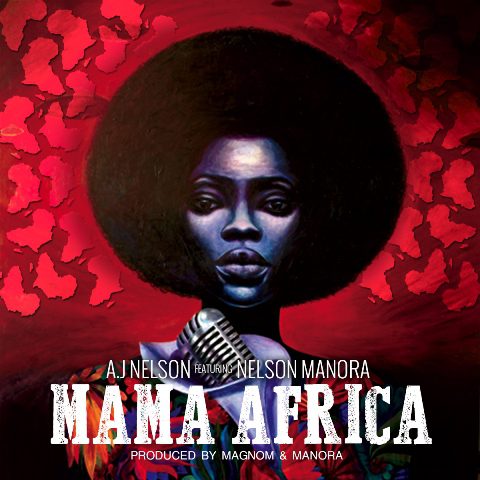 Current hot topic on the music scene, AJ Nelson is set to release his most talked about international collaboration with Congolese instrumentalist, sound engineer and performing artiste popularly known as Nelson Manora. The versatile rapper who is also known as the King of B/A, made his debut entry into the music industry in the year 2012 with his hit inspirational single ?Faith? featuring RnB star Jay Ghartey.

Even though, he won?t be left out of criticisms and consequentialism, the controversial rapper has made a huge impact on the music industry. Just this year, he has released three widely played singles namely ?So In Love? featuring Jay Ghartey, ?Back Down? featuring K. Danso and his first ever Reggae masterpiece ?Still Stronger? featuring Luther.

In an interview, AJ Nelson stressed that his latest single ?Mama Africa? is an Afrop-pop/Francophone rhythm which he believes will rock within the shortest possible time. He further highlighted on the release information.

?Mama Africa single track talks about the perfection of African women. Their beautiful curves, the way they dress, cooking skills, and finally how they love and treat men is exceptional. The song will be released on November 29. It will be officially premiered on?Pulse.com.gh?, Y Fm, Thinkghmusic.com, Live Fm, X Fm, and most of all on BASS Awards stage?,? he said.

When asked about why he had to travel all the way to Congo to collaborate with legendary Nelson Manora, he said ?Manora is brilliant. His skills and expertise on music instruments is special. He is a good singer and I think blending his Francophone style on Mama Africa would be perfect?.

He also promised to release his long awaited E.P Album early next year.

Touching on the grumble between him and Guru, he said ?I don?t have any issues with Guru. The only problem I have with him is his lack of patriotism. He always uses the NKZ (acronym for Nkoranza, a suburb of Nkoranza North District) which represents his ancestral home. He doesn?t represent Brong Ahafo region. All music fans in Ghana know that I come from B/A and that makes me patriotic. That?s another reason why I own the Kingship title of B/A?.

Ethiopian Government Says Mekelle Has Been Retaken by Federal Forces