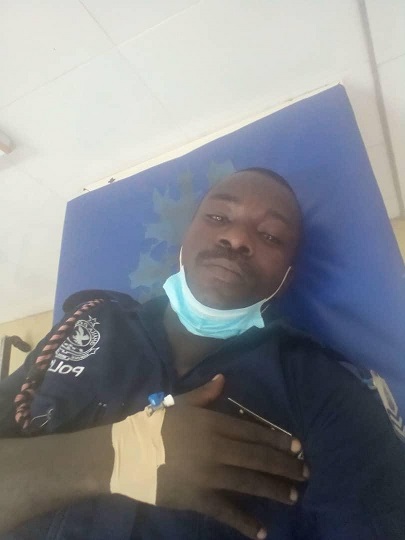 General/Corporal, Frank Mensah of Ochiso Police Station near Ajumako, was assaulted in the presence of two Community Police Assistants, who were on duty with him.

The DCE, accompanied by a man, known in the Community as Bob, and another in a military camouflage uniform, and others whose names were unknown but could be identified, released a suspect in custody into their vehicle and drove away.

DSP Oppong told the GNA that on Saturday, December 12, at about 1600 hours, Frank Mensah received a complaint from one Adwoa Sophia of the same neighbourhood that one Cosmos had assaulted his grandson, Kofi Akorfo, 18, for no apparent reason.

Mensah then issued a police medical form to the complainant, who took the victim to a hospital and returned the endorsed form.

DSP Oppong said, Mensah, thereafter, took a statement of the complainant and arrested the suspect.

The Regional Police Public Relations Officer said shortly after a man on a motor bike arrived at the Police Charge Office and handed over a phone to Mensah and requested him to speak to a caller on the phone, which he obliged.

DSP Oppong said he later handed the phone back and “in no time, two vehicles pulled up at the station with eight occupants led by the DCE of Ajumako Mr Nyarko and they pounced on the Officer and assaulted him.”

The Public Relations Officer said the DCE and the team allegedly took the suspect and drove away with him.

She said the complainant had since complained of severe pains on his spine area as a result of the attack.

The GNA was told the DCE was assisting the police in investigations.