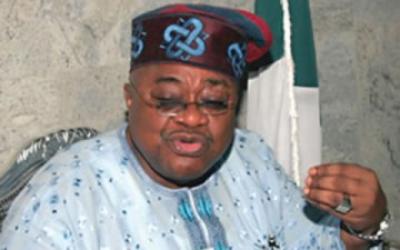 Labour Party gubernatorial candidate in Oyo state Otunba Adebayo Alao Akala has condemned the vandalization of ?campaign posters and billboards of Labour Party by hoodlums of ?political opponent in the state. Alao Akala in a statement issued by his spokesperson Barrister Abraham ojo described the action as an act of cowardice by ?jittery politicians who feel threatened by the overwhelming support from group of individuals and organization received by the party on daily basis .

He also charged his political opponent to engage on ?issue based campaign, rather that embarking ?on campaign of calumny and attack on personalities and campaign materials which he says will not change the mind of the people who are determined to vote Labour Party at all levels in the coming election.

The former governor while expressing optimism about winning election said , “we are sure of victory, Labour Party will have a landslide victory in the coming election because people are convinced that we are the credible alternative base on our manifesto and plans for the transformation of the state, ?part of which we revealed to the electorate during the campaign.

He however ?also urge his supporters and the entire people of the state not to engage in any form of violence with the opposition but to remain calm and resolute in their resolve to giver Labour party their mandate to take oyo state to a greater height.

Otunba Alao Akala also commend the people of Oke Ogun and ibarapa who trooped out enmasse to welcome him and his entourage when the campaign train stormed their towns and villages during the week,