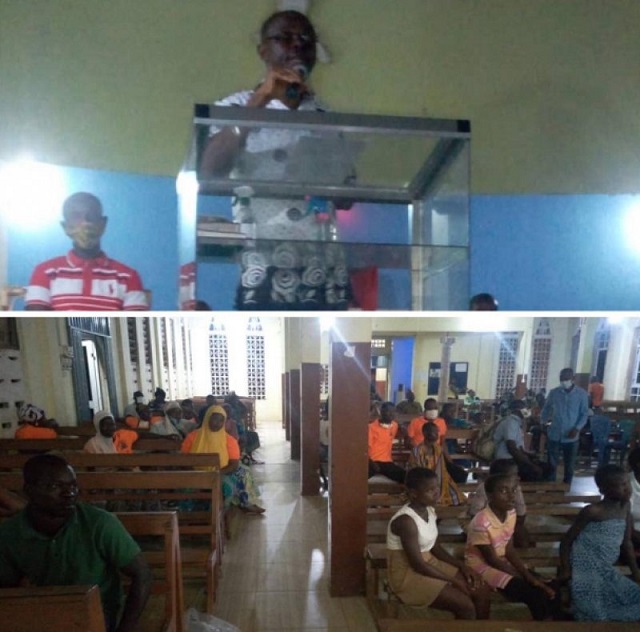 The Catholic Diocese of Jasikan with support from the Konrad Adenauer Stiftung has organised a town hall meeting for parliamentary candidates in the Akan Constituency in the Oti Region.

The Parish priest of the Blessed Heart of Mary Roman Catholic Church, Kadjebi, Rev. Fr. Lawrence Quist-Anane said the objective of the initiative was to encourage community participation in development to help address the misconception that community development was solely the responsibility of Members of Parliament (MPs).

He said MPs were constitutionally expected to play four key roles and named them as representation of a constituency, participation in legislation, exercise of executive oversight and provision of constituency service.
He advised the citizenry to actively participate in the decision-making processes at all levels since such civic participations propelled Ghana as perhaps the most prosperous country in the world.

Mr Maxwell Kofi Asiedu, Kadjebi District Chief Executive (DCE) called on the candidates to continue to preach peace since we have only one Ghana.

He said the core mandate of the District Assembly was to exercise political and administrative authority in the District with the vision to improving the living standards of the people in that district through the effective mobilisation and efficient utilisation of all available resources.

Mr Daniel Agbesi-Latsu, the Kadjebi District Director of the National Commission for Civic Education (NCCE) urged the electorate to turn out and vote since it was both a civic duty and responsibility.

He also admonished them to tolerate each other’s views and avoid the use of provocative statements, defamatory, personal attacks and acts of violence.

Mr Emmanuel Osei-Brantuo, the National Democratic Party (NDP) Parliamentary Candidate (PC) for Akan promised to use part of his MPs share of the District Assembly Common Fund (DACF) to additional classroom blocks and bungalows to accommodate students and teaching staff.

Mr Osei-Brantuo also pledged to provide his constituents with a vocational centre to train the unemployed youth in employable skills.

The NPP and NDC PCs, Mr Rashid Bawa and Mr Yao Gomado were absent because they were equally engaged in other assignments.