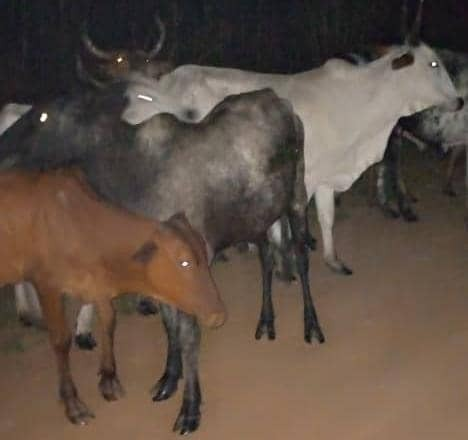 Akatsi Police have arrested two suspected members of a cattle rustling syndicate and saved some of the animals.

The suspects, identified as Gariba Ali and Gideon Xenyo, both 25 years, are being held in the custody of the Akatsi Police.

Chief Superintendent of Police, Mr Joseph Atsu Dzineku, the Akatsi South Municipal Police Commander, said 16 cows were stolen from the camp at Bayive, a community within the Municipality, on Wednesday at about 1400 hours.

“The cows were said to be stolen by the suspects in the absence of Mr Daniel Tetteh, the security in charge at where they were kept,” he said.

The cows, he added, were recovered by residents from Nyekornakpoe, a community near Akatsi Abor, who alerted the Police after suspecting the strange appearance of the cows in the area.

The incident comes amid rising cases of missing cows within the Akatsi Municipality as the Police continue to evolve measures to curb the practice.

“This practice within some parts of the Municipality is causing anxiety among some residents and the police would not hesitate to deal with those found culpable,” Mr Dzineku added.

He said the suspects would soon be arraigned.