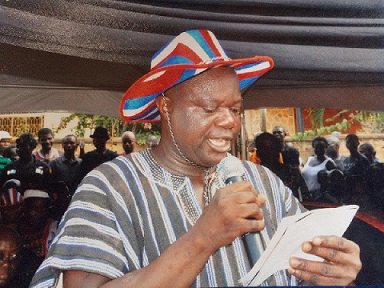 Leadership of the New Patriotic Party (NPP) in the Akatsi South Constituency of the Volta Region have congratulated Mr Martin Kofitsey Nyahe on his nomination as Municipal Chief Executive (MCE) for the area.

A statement signed by Mr Ocloo Mawuli Egos, the Constituency Secretary, and copied to the Ghana News Agency (GNA), after the announcement of the President’s nominee on Sunday, appealed to members of the party to forge ahead and rally behind Mr Nyahe to get the Assembly members’ approval.

“To those who may be disappointed because their preferred candidate was not chosen, don’t be despaired because there is always a better tomorrow and let not our disappointment lead us to engage in anti-party activities that may jeopardise the fortunes of the party in the future.”