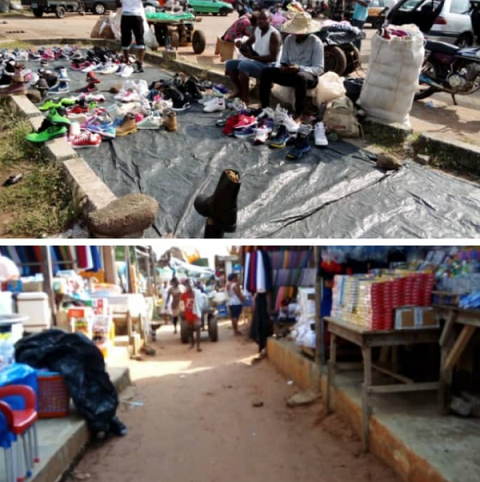 Some traders at the Akatsi Central Market in the Volta Region have expressed hope about increased sales before and during the Yuletide.

Scores of traders, during a visit by the Ghana News Agency (GNA), said this year’s sales were not encouraging due to the general election and the Covid-19 pandemic.

Mrs Lydia Dzineku Abadzivor, the Akatsi Market Queen, said sales last year surpassed what they had made so far this year.

She said the closure of the country’s borders had also affected businesses since many traders from neighbouring Togo came to trade at the Akatsi Central Market.

She said the closure of the borders had led to price increment of goods and services, which was having a toll on traders.

She, however, expressed optimism that the situation would normalise and sales would pick up before the season ends.

Madam Juliana Apedo, a wholesale dealer, said the COVID-19 outbreak contributed to low sales but was sure the narrative would change in the days ahead.

Meanwhile, Mr Edem Agbo, a commercial motor rider, indicated that business was going well and that he was expecting more patronage before the close of the season.

The Akatsi Central market is noted for receiving a high number of traders across the length and breadth of Volta and beyond during market days.

Meanwhile, most businesses along the streets of Akatsi have flooded their shops with clothing, children’s wear, toys, biscuits, and Christmas decorations.