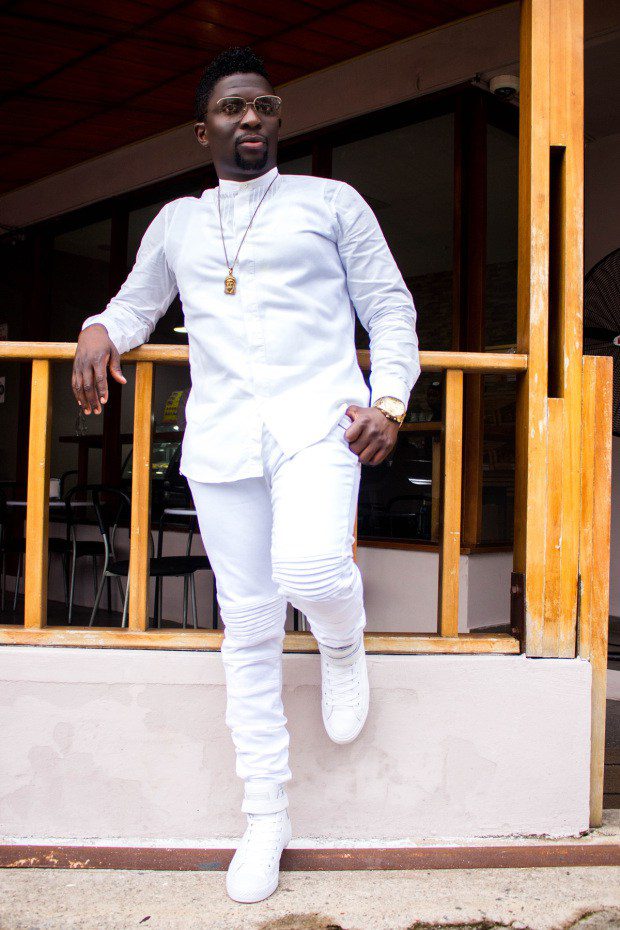 About a year ago, Akoo Nana’s performance at Tigo Unplugged Concert became the talk of town as he brought bare-chested ladies in masks on stage to dance for him.

He came out to defend the act saying he was embarking on a breast cancer campaign hence his act was completely planned to educate the over twenty thousand patrons of the event on breast cancer and its effects.

The Confirm singer in an interview with Livefmghana.com says he does not regret bringing those girls and will never regret. “I don’t regret bringing those girls on stage, I mean it was an art moreover I was preaching a message which I think was misunderstood on stage,” he said.

In an answer to the effect that act had on him, he noted “from the beginning, yes it affected me but after my explanation, people understood where I was coming from and everything became normal.”

As we are approaching elections, Akoo had a message of peace to share; “it is election year and so I urge everybody to be cool, let peace lead and due to this passion for peace, my team and I will be embarking on a peace tour.”