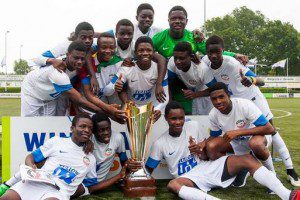 Akosombo FC defeated Right to Dream 2-1 in a zone one match of the Eastern Regional Division League, played at the Akosombo Sports Stadium.

In zone seven, Odwenanoma FC won at home by a goal to nil against Orisco FC, whiles, Cardiff FC defeated Panthers FC 2-1 at home in a zone nine match.

In zone 10, the match involving Great Warriors FC and Verum Ipsum Academy ended in a 2-2 draw.

As at the time of going to press, some of the results of the Eastern Region Division Two matches were yet to come at the regional football secretariat.