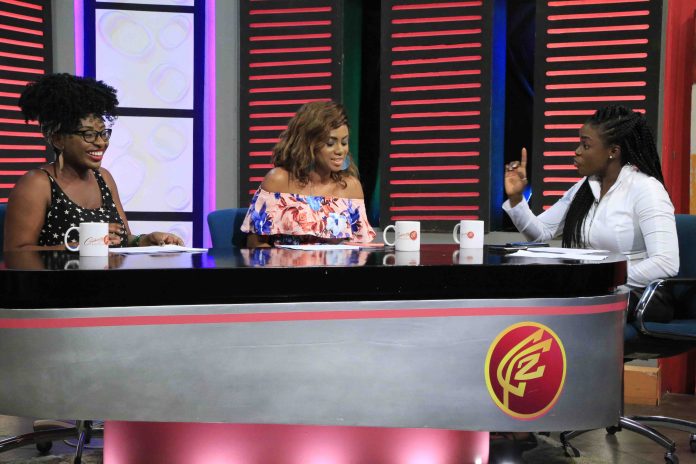 Akosua Hanson, co-host of the award-winning Celebrity Fanzone has cautioned journalists against asking questions related to why certain female celebrities in Ghana are single.
Akosua Hanson, who was reacting to an interview actress Yvonne Okoro granted Showbiz last week insisted that journalists should stop asking high flying women why they are not married.

Yvonne Okoro in response to the question of why she is still single argued, “The issue is men don’t have balls to come forward to ask me out because they think I am already hooked or perhaps I am very high maintenance.”
The A-List actress also added, “I may still be single because most people think celebrities are spoilt for choice when it comes to choosing partners but that is a very wrong perception.”

“A good number of celebs are single because they are confused as to who to accept in their life. You see, you are not sure if the person is coming in because of your fame and money or the person wants to be with you because of real love” 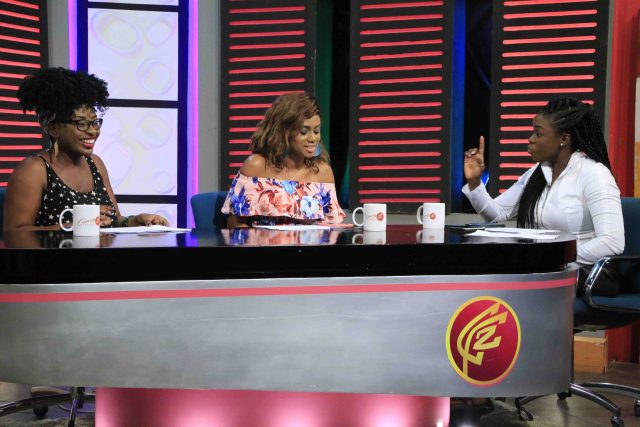 argued.
However, Akosua Hanson on Celebrity Fanzone last Saturday on GH One did not take kindly to questions by journalists that often seek to suggest that a woman is not complete until she is married.

“I feel like these questions should stop being asked by media people totally. If you are asking Yvonne Okoro…, highly successful Yvonne Okoro who has put Ghana on the map in Africa and across the world, she is doing her own movies, writing scripts, directing…she is a high flyer. Why does that question has to come up? It’s like everything she’s done doesn’t add up to anything because she is single. This question should stop being asked,” the beautiful presenter stated.

This is however not the first time an actress has been forced to defend her reason for remaining single.
Chantelle Asante, who also happens to be co-host of Celebrity Fanzone was also forced to explain her reason for being single in an interview with Showbiz in 2013; which generated a lot of media attention because of the controversial headline, “Men are afraid of me.”
Miss Asante however revealed on the show last Saturday that her comment in the interview was blown out of proportion resulting in negative media commentary following the publication.

“I did an interview for Graphic Showbiz and he asked me if I was single…and I said yes, maybe the men are scared of me, and that was an end conversation as he had turned off and that became the headline. And I had calls from everywhere…””
Celebrity Fanzone airs on GH One, Saturdays at 9pm.