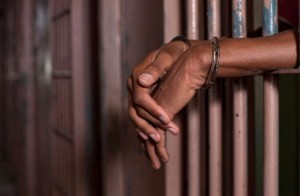 A suspect identified as Kofi Francis has reportedly died in the custody of the Akuapem-Adawso Police in the Eastern region.

The suspect believed to be in his 30’s was arrested some days ago by the Police for failing to pay for some flowers borrowed from a florist last year.

He was put in police cells for several days in which he reportedly fell sick and died shortly after arrival at a clinic at Tenkong where he was rushed for treatment.

It is not clear what exactly led to the alleged sickness and sudden death of the suspect.

Sources tell Ultimate News’ Eastern regional Correspondent, Kojo Ansah that the police on Tuesday visited the family of the suspect at Akorabo, a community in the Suhum municipality to inform them about the unfortunate incident.

Meanwhile, a member of the family told Kojo Ansah that the explanation by the police is not convincing hence want the matter investigated.