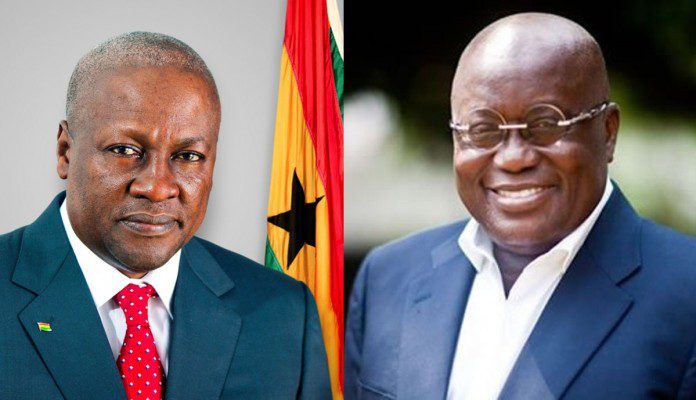 The flagbrearer of the opposition New Patriotic Party, Nana Addo Dankwa Akufo-Addo has stated that the Mahama-led administration has borrowed over US$37 billion in seven years, more than any government since Dr. Kwame Nkrumah, Ghana’s first president.

“In dollar terms, this NDC Government has borrowed some US$37 billion in seven years,” Akufo-Addo said during his delivery of the ‘Real State of the Nation’ address at the Physicians and Surgeons College in Accra Monday.

Painting a gloomy picture of Ghana’s economy, Akufo-Addo said “Ghana is now at a high risk of debt distress,” adding that “Government increased the debt stock from GHc9.5 (2008) to GHc99B currently.”

According to Akufo-Addo, President Mahama failed to tell Ghanaians the real state of the nation and rather chose to tell “fairytales” during his three-hour address to the nation last Thursday.
Effect of Dumsor

Akufo-Addo also stated that Ghana lost over 3 billion dollars due to the power crisis that bedeviled the country some four years ago.

“The four years of dumsor have cumulatively led to financial losses of more than $3 Billion, and thousands of lost jobs”.

According to Akufo-Addo, several companies and factories had to lay off workers due to the debilitating effects of the power crisis, adding that the president deserves no commendation for solving a problem it created.

“Coca-Cola, Mantrac, Cadbury, Novotel, Golden Tulip and several others have been forced by the cost of dumsor to lay off workers…