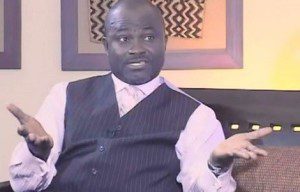 You cannot impugn the sincerity of President Addo Dankwa Akufo-Addo, when he says that he has known party gadfly Mr. Kennedy Ohene Agyapong long enough to appreciate his concerns and potshot tirades against some of the policies and practices of his administration (See “Kennedy Agyapong’s Attacks Don’t Irritate Me – Nana Addo” Starrfmonline.com / Modernghana.com 7/18/17). Paradoxically, however, Nana Akufo-Addo also says that he takes exception to the caustic criticism by the Assin-Central’s New Patriotic Party’s parliamentarian that people from the Central Region have been sidelined in the distribution of cabinet and other significant political appointments by the former NPP-MP from Akyem-abuakwa-South and former Attorney-General and Foreign Minister under the tenure of former President John Agyekum-Kufuor.

What the preceding means is that while President Akufo-Addo heartily welcomes constructive criticism, however harsh or unpleasant it may be, nevertheless, Nana Akufo-Addo would not sit duck, or idly by, while maverick party stalwarts like the Oman-Fm Radio proprietor literally trashed his efforts to composing a government that is fairly representative of all factions and sections of the greater Ghanaian community across the country. Indeed, it would be inexcusably unwise for anybody to dismiss some of the criticisms and accusations of Mr. Agyapong, but it is equally important for any keen observer of the national political landscape to appreciate the fact that until the massive defeat of the Mahama-led government of the National Democratic Congress (NDC), the Central Region was fast establishing itself as an electoral “swing region” that, nevertheless, tilted heavily in favor of the NDC.

To be certain, the region had been doing so since Election 2008, when one of its own native sons, then-Candidate John Evans Atta-Mills, late, clinched the presidency in a second-round of voting. The Central Region would, once again, tilt in favor of the National Democratic Congress, with the selection of then Bank of Ghana Governor and Central Region’s native, Mr. Kwesi Bekoe Amissah-Arthur. In sum, critics like Mr. Agyapong ought to maintain a balanced perspective, else they run the risk of losing much of whatever modicum of credibility they may have. Among the Akan, there is a popular maxim that says that “Nobody blows for another to bite.” In other words, reaping where one has not sown defies common sense, logic and human morality.

We need to equally and promptly highlight the fact that Mr. Agyapong and other Central Region natives like Mr. John Boadu, who doubles as the NPP’s National Organizer and Acting General-Secretary, have turned down express invitations to serve in the Akufo-Addo Administration, according to the personal and public statements of these men themselves. And so it clearly amounts to scandalous and inexcusable mischief-making for Mr. Agyapong to accuse President Akufo-Addo of deliberately sidelining party stalwarts and other well-known heavy-lifters from the Central Region. Mr. Agyapong also shamelessly appears to be in the business of promoting cronyism and official corruption, when he cynically accuses the President of having neglected the overwhelming number of New Patriotic Party MPs in appointments of key party operatives to the governing boards of state institutions.

I am vehemently opposed to such political sinecures because they gravely detract from the sworn duty of our parliamentarians to fully and staunchly serve the nation as legislators. I have said this before and hereby repeat the same, that until the regressive culture of appointing most of our cabinet members from Parliament is healthily discontinued, the country’s legislature will continue to be the veritable white-elephant that it presently is. It is also quite clear that Mr. Agyapong virulently turned against the key operatives of the Akufo-Addo Administration, including the President and his Vice, Dr. Mahamudu Bawumia, because the hip-shooting businessman wants to use his considerable influence as a party financier to serve his own personal interests as the foremost contractor of the Akufo-Addo government.

I am not making this up; Mr. Agyapong has publicly and categorically complained that he is being prevented from recouping his humongous financial investment in the fortunes of the New Patriotic Party. The Akans have a maxim which says that “When one points an accusing forefinger at one’s opponents or adversaries, it pays for the accuser to recognize the fact that his/her other three fingers are pointing at him-/herself.” Mr. Agyapong, obviously, needs to learn how to team play as a member of a business enterprise that is much bigger and far more important than his own private concerns. He simply cannot treat the New Patriotic Party as either his personal piggybank or a roll of toilet tissue with which to capriciously wipe his butts just about any time he feels like doing so.

Causing the thorough ruination of the New Patriotic Party, as he clearly seems to be doing, will not make him the better Ghanaian citizen for the effort. I am fast running out of any constructive advice for the man.