An Akufo-Addo-led government will set up an oil palm processing factory in the Ahafo Ano South East constituency of the Ashanti Region, the 2016 presidential candidate of the New Patriotic Party (NPP) has said.

Nana Akufo-Addo made the promise at Adugyama in the constituency on Wednesday, July 13, 2016, on his tour of the Ashanti Region.

With the mainstay of the people of the entire Ahafo Ano constituencies being agriculture, particularly the cultivation of oil palm, the NPP flagbearer indicated that the times of over-reliance on cocoa were over, assuring that his government was going to pay particular attention to the diversification of the country’s agriculture.

Improving agricultural productivity, he noted, would be spurred on by the production and marketing of additional cash crops such as cotton, coffee, oil palm, cashew, and maize, which will boost export earnings for the country.

Citing the example of Malaysia, which earned $16.1 billion in 2015 from the exports of palm oil and palm-based products, Nana Akufo-Addo indicated that his government would help establish an oil palm processing factory in the district to help create jobs for the teeming masses of unemployed youth in the constituency, as well as earn foreign exchange for the country.

He added that it would only be through rapid industrial expansion and an increase in agricultural productivity that Ghana can generate the hundreds of thousands of jobs that the young people of Ghana need. 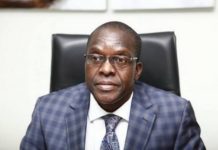