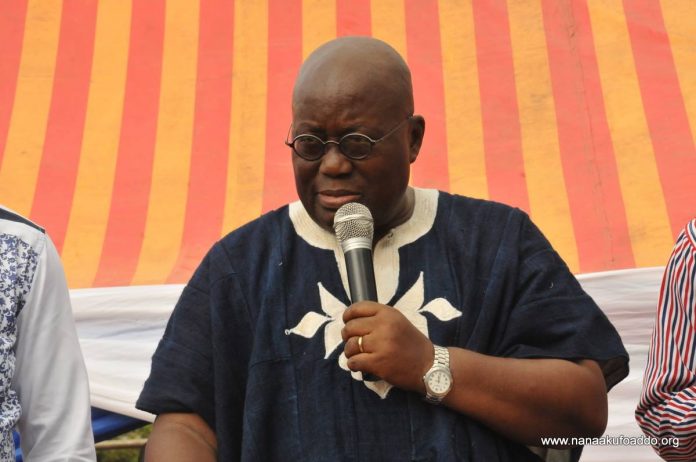 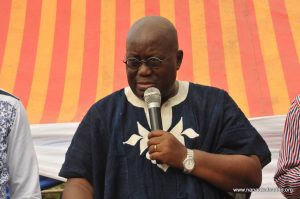 According to Nana Akufo-Addo, the creation of the “Western-North” region is long overdue, considering the fact that “a significant proportion of Ghana’s natural resources, such gold and cocoa, as well as food stuff” can be found in that part of the country.

Additionally, the NPP flagbearer noted that the creation of the region is to ensure a more equitable development of the region, as well as address the unwieldy size of the Western Region.

The general consensus amongst the people of Western Region is for the creation of a separate region to allow for a more efficient governance system.

“It is, thus, about time the ‘Western-North’ became its own separate, independent region. We are going to do that in Nana Akufo-Addo’s government. The constitution (Article 5) has created ways by which this can happen, and we will go through the prescribed methods towards achieving this,” he said.

The NPP flagbearer made this known, on Thursday, August 11, at Amoaya in the Bodi constituency, on day 2 of his 5-day tour of the Western Region.

It is expected that the ‘Western-North’ Region will have the Sefwi, Juaboso, Bodi, Bia and Bibiani areas as the borders of this new region.

Responding to the request for the creation of a district at Amoaya by Nana Kwame Nkrumah II, Chief of Bodi, the NPP flagbearer assured the residents gathered that his government, “will not forget the people of Amoaya”, and will ensure the creation of the district for the people.

He assured the people of Bodi of his commitment towards ensuring that the 2016 elections pass of peacefully, stressing that “if any violence is to occur before, during or after the December 7 poll, it will not be instigated or imitated by the NPP”.

With the Bodi constituency considered a stronghold of the NDC, albeit deprived of development, the NPP flagbearer appealed to the Chiefs and people of Bodi “to trust and try me in 2016, because I am motivated by only one thing, which is to return Ghana onto the path of progress and prosperity.”

He continued: “I am not in politics to put money in my pocket. That is not why I am in politics. We (the NPP) are coming into office to help develop this beautiful land. We are entitled to be a prosperous nation, not a poor country.”