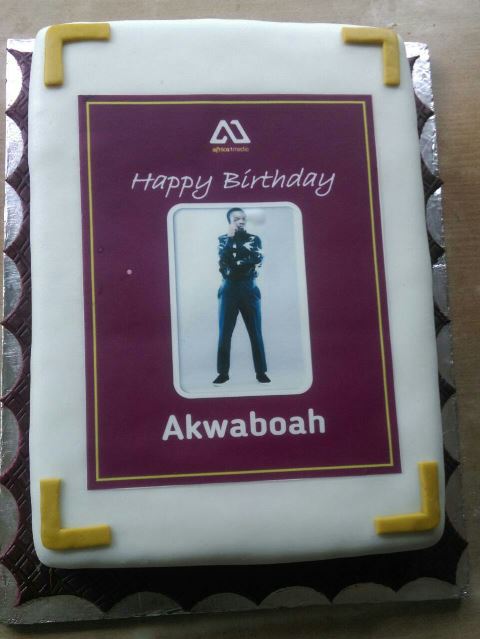 The party which started around 7pm had in attendance a number of industry personalities including Adina Thembi, Richie Mensah (CEO of Lynxx Entertainment), A.J. Nelson and Kidi.

The birthday celebrant and “Mesan Agye Wo” hit maker was presented with two birthday cakes, one from family and friends and the other from his new management company Africa 1 Media.

Revealing exclusively to well-wishers present, the musician who recently signed to SarkCess Music disclosed plans were far advanced for the release of a new music video to a yet to be released single “Hello” which features record label CEO Sarkodie.

This comes off as the second video after shooting a classic video to the remix of his hit single “I do Love You” which features BET Award winner Ice Prince Zamani.

I will join Zylofon Media if deal is right – Akwaboah Jnr.