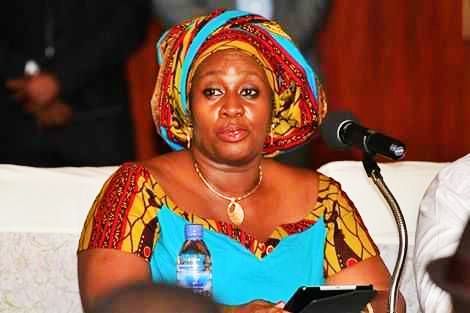 Two persons who stood as sureties for Sedinam Tamakloe Attionu, a former Chief Executive Officer of Microfinance and Small Loans (MASLOC), have been given December 22, this year, to ‘produce’ her in court.

Attionu had sought permission from the court to seek treatment outside the country and failed to return to stand trial.

The High Court said the sureties’ failure to produce Madam Attionu would result in the forfeiture of the bond they had signed.

The Court in its ruling on application for forfeiture of recognisance of sureties filed by the State, said it was clear that the accused person had absconded.

According to the Court, the sureties had also stopped producing letters to it (court) on the accused’s medical conditions.

It said the accused person had breached her bail bond terms and that the sureties should be held liable.

The State, led by Mrs Stella Ohene Appiah, a Principal State Attorney, argued that the accused person had abandoned trial because she had not returned to stand trial.

Counsel for Tamakloe said he was unaware of the release of the accused person’s passport to her.

He said since the State had opposed to the release of the accused person’s passport, he could not be held liable.

Mr Alex Mould prayed the court to take steps to fast-track the processes for the accused person to come back to Ghana to stand trial.

He said he had information that the accused person was still unwell and receiving medical assistance in the United States.

Attionu has been charged together with Daniel Axim, a former Operations Manager of MASLOC, for willfully causing financial loss to the State, stealing, and contravention of the Public Procurement Act.

She pleaded not guilty to the charges when she appeared in court in 2019.

The State said MASLOC under the accused’s leadership, gave a loan of GH¢500,000 to Obaatanpa Micro-Finance Limited, but the Company had allegedly returned the money because of the high interest that the loan attracted.

According to the State, Obaatanpa Limited presented a cheque for GH¢500,000 to Mrs Attionu, but she allegedly refused and demanded cash payment.

The State said the accused also allegedly inflated the price of certain items that MASLOC had purchased during her tenure, and in some instances signed procurement contracts without approval by the Public Procurement Authority.

It said on December 6, 2016, the accused person signed a contract with Mac Autos to supply MASLOC with 350 vehicles without any approval by the Public Procurement Authority.

The vehicles, the State said, included Chevy Sparklite, Isuzu buses and Chevy Aveo with the unit price offered by Mac Autos to MASLOC for the Chevy Aveo being GH¢74,495 ($18,883.39.)

However, investigations revealed that the actual retail price Mac Autos offered for the same model within the same year without duty was GH¢47,346.93 ($12,009.91).

Landlords in Tuobodom ordered to relocate properties on waterways