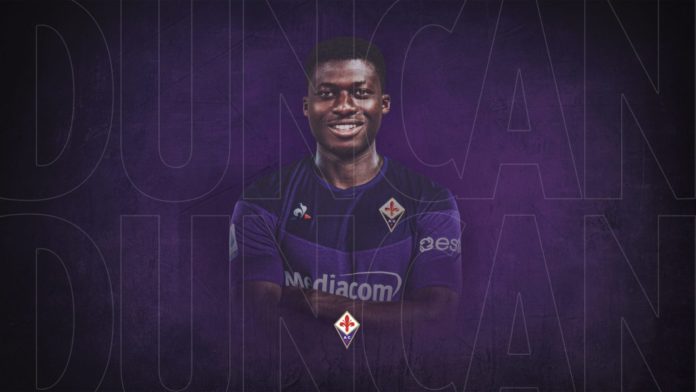 The Ghanaian international was one of two acquisition announced by the Purples on Friday.

Duncan, 26, penned a three-year contract with Fiorentina who now have two Ghanaians in the folds after signing Kevin-Prince Boateng in the summer transfer window.

The midfielder could make his maiden appearance for the Club against Juventus on Sunday.

Fiorentina were able to beat off stern competition from the likes of AC Milan, AS Roma and Inter Milan to sign the former Ghana U20 star.

He adds up to the Fiorentina squad with lots of experience in the Serie A having already played for the likes of Inter Milan, Torino and Sampdoria before joining Sassoulo two seasons ago.