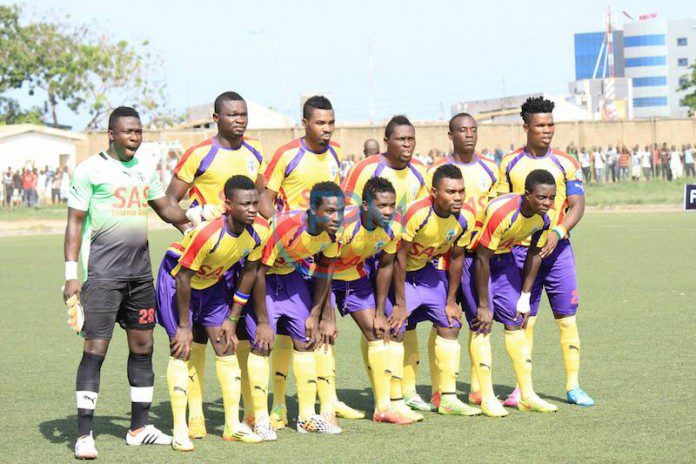 Hearts of Oak management member Alhaji Brimah Akanbi has rebuffed claims that the Phobians are bribing referees to win matches to survive relegation.

The allegations include Hearts influencing the matches involving clubs in the relegation dogfight.

A lot of hue and cry greeted last week round of matches after Hearts of Oak beat Bechem United 1-0 at home to move out of the relegation zone.

New Edubiase United club president Abdul Salam Yakubu was left fuming after his side drew 1-1 with BA United at the Sunyani Coronation Park.

Yakubu suggested, though unsubstantiated, that referees were being bribed by other relegation battlers to officiate against them.

?We have not been influencing any referee with money to officiate a game infavour of us [Hearts of Oak], gone are the days people say the club give bribe to referees to influence an outcome of a game,? Akanbi told Metro TV

?I have never witnessed such thing before which I can say it on authority we have never paid any diem to any referee.

?But when people bring up this issue about paying bribe to referees they have to bring up an evidence, in football we all know what football is entirely it is difficult on many occasions to substantiate that people gives bribe to referees.?