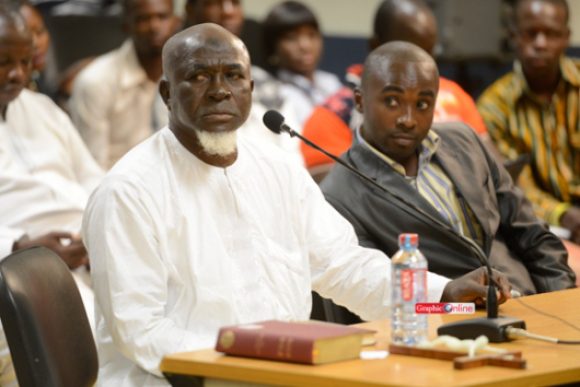 King Faisal owner Alhaji Gruzah is confident judgment will go in his favour in his court case with the Ghana Football Association over his relegation from the Premier League last season.

The bankroller of the club told the Graphic Sports that the parties involved in his court case against the GFA were expected to return to court on ?April 21 saying,?Insha Allah I will win the case?.

He said he was prepared to exhaust all the other legal procedures available should the case go against him: ?If I don?t win I will go to the Appeals Court and from there I will head to the Supreme Court.?

King Faisal are currently playing in the Division One League (DOL) and Gruzah wants the GFA to stick to its promise to reinstate them in the top flight once they emerge victors in the case.

?The GFA said it will reinstate us once we win the case so we are waiting to return to the Premier League next season when we win the case?, Gruzah insisted.

He lamented about what he described as unfair treatment from the National Sports Authority (NSA) from using the Baba Yara Stadium to play their league matches.

According to him, King Faisal received only GH?5000 for the entire season as their share of the sponsorship money from the GN Bank but the NSA is demanding that they pay GH400 per a match which they find ?too much.

He explained that playing 15 matches at home would make them lose all the sponsorship money and said they were in negotiation with the NSA to ease their financial burden by slashing the charges.