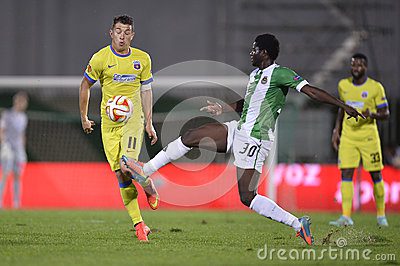 Alhassan Wakaso,who is the younger brother of Ghana international Mubarak Wakaso has had a dream start to the Portuguese league season.

The 23-year-old has played in all games for Rio Ave this season and was by far the best player on the pitch as his side thumped high flying Pacos de Ferreira 3-0.

The win on Saturday night lifts Rio Ave to 5th on the league table with 8 points and just two behind leaders FC Porto after five round of games.

?A great victory which is reward for the hard work we have put in so far,? Alhassan said after the game

?I think that we have had a good start to the league season and we are happy with going away and picking up these three points.?

Rio will take on Academica in the next round of games in the Portuguese league.