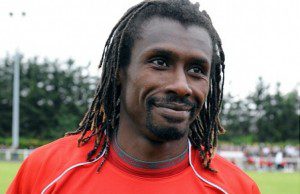 The players would represent the Teranga Lions as they go in search of their first World Cup trophy in the country’s history.

The African champions would be led by Sadio Mane who had been impressive for Bayern Munich, and Senegal.
Herein the full squad:
Goalkeepers: Edouard Mendy, Alioune Badara Faty, and Bingourou Kamara.

Coach Aliou Cisse would hope to progress to the next stage in a group with the Netherlands, host nation Qatar, and Ecuador in Group A.