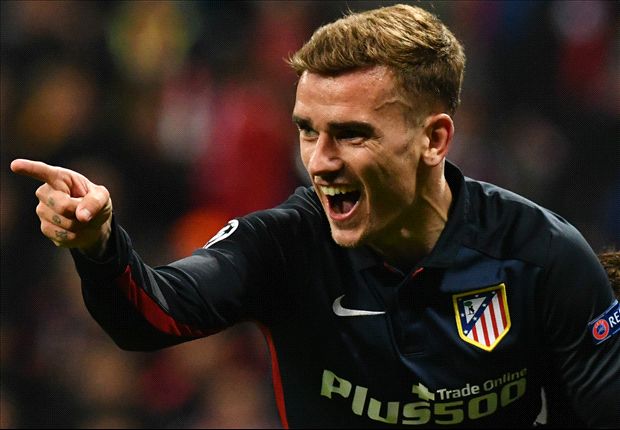 Atletico Madrid are in the Champions League final for the second time in the space of three seasons. But unlike in 2014, Diego Simeone’s side now boasts a brilliant individual talent to complement the team’s impressive collective unit. Antoine Griezmann has taken the Rojiblancos all the way to Milan.

The France forward has been getting better and better since moving to Atletico in the summer of 2014 and now has 31 goals in his 51 appearances this term, including seven from 12 games in the Champions League. More than the numbers, however, it is the importance of the goals that is so striking.

Having hit two in the last round to knock out defending champions Barcelona in a 2-0 win at the Vicente Calderon, the 25-year-old raced clear to score the crucial goal at the Allianz Arena on Tuesday night to deflate the home side’s hopes and swing the tie back in Atletico’s favour.

His goal was the first from outside the box he has scored in the continental competition since September 2014, hitting it early as he ran on to a through ball from Fernando Torres. Replays suggested he was marginally offside, but that would have been impossible to see in real time. The goal stood and Griezmann had done it again.

It was key because it stopped Bayern in their tracks. The crucial away goal gave Atletico the lead in the tie, but it also meant that Pep Guardiola’s side needed to score twice more. And they could only manage the one in a frenetic finale in which Torres missed a penalty and the home team surged forward in search of a winner.

Had he been on the pitch, the Frenchman would surely have hit the spot-kick instead of Torres, too. But Fernando’s miss just heightened the drama as Simeone’s side held on and Griezmann gives them a great chance of winning the entire competition – against either Real Madrid or Manchester City – for the first time in their history.

“We don’t have a [Lionel] Messi, a [Luis] Suarez, a Cristiano [Ronaldo],” Atletico midfielder Gabi said in February. “Griezmann doesn’t make those kind of differences, right now he is not like Messi.”

However, for Atletico he is almost as important. Strong, fast and powerful, Griezmann is a fantastic finisher who has improved his ability in front of goal and also his movement under Simeone’s wing. In a team playing almost exclusively on the counter-attack, he is the perfect weapon.

Having eliminated Barca and now Bayern, the former Real Sociedad forward will now hope to lead Atletico all the way to the title. And if it is Madrid he faces in Milan next month, he will do so having secured a 1-0 win at the Santiago Bernabeu in late February in what remains Zinedine Zidane’s only defeat at home as coach of Los Blancos.

“To have knocked out two of the three best teams in the world makes me really happy,” Simeone said after the match.

And they could not have done it without Griezmann. The Frenchman makes the difference in this side and his goals have beaten the very best sides in Europe this term. On his shoulders will rest the hopes of lifting the trophy in Milan.

With the 25-year-old as decisive as he has been against the top teams this season, don’t bet against it.