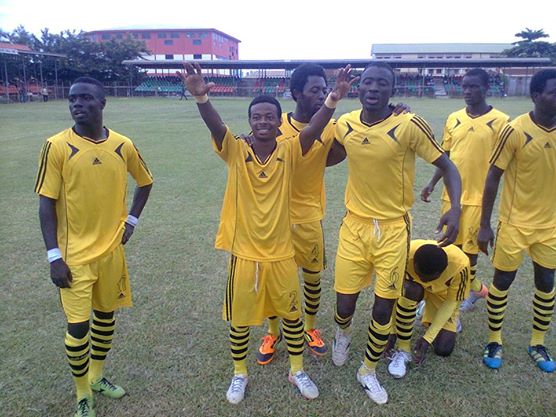 Struggling Brong Ahafo United halted leaders AshantiGold in their tracks after beating them 1-0 in the Ghana Premier League at the Coronation Park in Sunyani.?

The victory was a statement of the Apostles superiority over AshantiGold in the Ghanaian top-flight.

United are still languishing in the relegation zone despite the win but AshantiGold have had their lead at the top of the table slashed down to three points.

In their bid to escape relegation, they needed the maximum points against an impressive AshantiGold side but Serlom Gerardo struck the only goal of the game to win the match for United.

For Bashir Hayford and his men it means they have still not managed to overpower teams from the Brong Ahafo region with United?s recent victory over them.