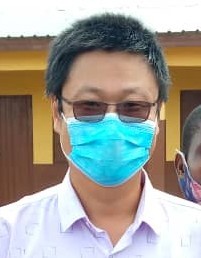 The Chinese businessman who was allegedly enstooled as an Nkosuohene (Development Chief) of Aframagya amid controversies and furor has denounced his title as the Aframaga Nkosuohene.

Sun Qiang, who was known as Berima Kofi Ayeboafo was enstooled on the 5th of September, this year at Forifori and after his enstoolment, it brought a lot of controversies which got people especially the Kwahus home and abroad talking.

The Chief and elders of Kwahu Abetifi set the records straight in respect of recent attacks on Nananom over the purported enstoolment of a Chinese businessman as a Chief in Kwahu Abetifi.

”No Chinese has been enstooled as Nkosuohene in Kwahu Abetifi, and as at now Abetifi does not have any Nkosuohene”, he said.

He said the title of Nkosuohene was an honorific one which is oftentimes given to foreigners and indigenes who distinguished themselves in Developmental Programmes for the upliftment of the Citizens.

According to Nana Panyin III, the Kwahu Abetifi stool had not enstooled a Chinese national as Nkosuohene, but rather an Nkosuohene at Aframagya, a village under the Abetifi Stool Lands.

”Chiefs and elders of Abetifi received news of an enstoolment of a Chinese investor in Aframagya, a village in the Afram Plains under the Abetifi Stool Lands as Nkosuohene and the Odikro of Aframso was summoned to explain circumstances leading to the said ceremony to Nananom since it was abhorrent to the culture and traditions of Kwahuman to carry the said Chinese shoulder high”, he added.

”After the summons, Akyemfour Nana Asiedu Agyemang II, the Abetifihene and his elders have”annulled” the said enstoolment since laid down processes and procedures were not followed”.

Reacting to results which emanated from the News conference, Mr Sun Qiang also met the media on Tuesday, saying through his good deeds in ensuring development in communities at Aframagya under the Abetifi Stool Lands, the Chiefs and elders decided to enstool him as the Nkosuohene for the area.

He said he didn’t bribe anyone to be given that title and if the natives of Kwahu were not happy about it, he had to denounce the title to protect his reputation.

He said the controversies would not stop him from carrying out his developmental plans for the people of Aframagya and other surrounding communities in the Kwahu Afram Plains.

Mr Qiang said he had plans of establishing an ethanol factory at Aseyanso that would produce 10,000 tonnes of ethanol per annum and would engage 700 workers after its completion.

He therefore called on the youth in the area to take advantage of the proposed ethanol factory to venture into cassava farming that would serve as raw material to feed the factory.