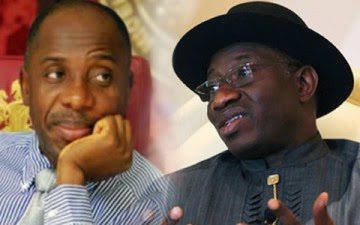 Another impeachment plot is believed to be ripe, this time against Rivers State governor Rotimi Amaechi.

Only yesterday Adamawa House of Assembly served an impeachment note to the state governor Murtala Nyako and his deputy, and already today?s report by Vanguard says another governor, member of the opposition All Progressives Congress (APC), is under threat.

According to the edition?s source the fresh plot is being arranged by a serving minister from the state, who intends to persuade 6 House of Assembly members, the representatives of the ruling Peoples Democratic Party (PDP), to impeach Amaechi.

It is a common knowledge that in the course of the current crisis the 6 legislators opposed to Amaechi have not been sitting with other 25 members, from APC.

The following plan is believed to be used for the removal procedure: the 6 legislators will convene a sitting of the House of Assembly with Evans Bipi presiding as the Speaker, then a member will introduce a motion of other 25 members suspension, which motion will be adopted, and the final step will be the impeachment of Amaechi.

The plotters allegedly expect support from Chief Judge of Rivers State, Justice Daisy Okocha, who was appointed by NJC and whose appointment had been rejected by the state government.

A stakeholder in Rivers State speaking about the alleged plot said ?President Jonathan is hell bent on removing Governor Amaechi for reasons best known to him?, adding that the plan is against the law and constitution. He explained that 6 members could not held a private meeting and announce they have impeached the governor. Thus he warned the Presidency against violating democracy in the country by such acts.

It would be recalled that this is not the first time the Rivers State governor is believed to have been caught in impeachment plot. Last December similar information about the 6 rebel lawmakers desiring to remove the governor surfaced, as alleged by the APC. Meanwhile Bipi debunked the rumour saying that there was no reason for them to make such a move.