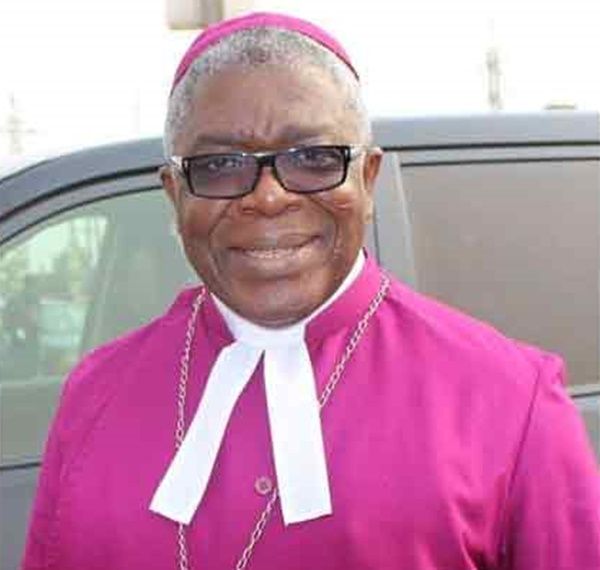 The Most Reverend Dr. Paul K. Boafo, the Presiding Bishop of the Methodist Church, Ghana, has appealed to Ghanaians to allow justice and righteousness to flow to avert fear, monetization of politics and polarisation within societies.

Most Rev. Boafo stated that these negative trends in the society could not be allowed to progress anymore and entreated politicians and the public to avoid personal attacks and insults.

“If we allow Justice and righteousness to flow in Ghana, we can have peaceful and credible elections. Justice is a good recipe for development because it brings about fairness and equity,” he said.

“Righteousness also exalts a nation. God is not interested in paying lip service to Justice and righteousness”.

Rev. Dr Boafo, who is also the Chairman of the Christian Council of Ghana, was speaking at the 38th Anniversary Remembrance Service, held at the Ridge Church in Accra, in honour of the three High Court Justices, who were murdered in 1982.

Justices Fred Poku Sarkodee, Mrs. Cecilia Korantang-Addow, and Mr. Kwadwo Agyei Agyapong as well as Major Sam Acquah, a Retired Army officer, were abducted and murdered during the curfew hours of June 30, at the Bundase Military Range in the Accra Plains.

The Judiciary has since honoured the justices as ‘Matyrs’, erecting their bust statutes at the forecourt of the Supreme Court.

The service was held by the Ghana Bar Association (GBA) in collaboration with the Judiciary.

Most Rev. Boafo called for a change of attitude by family leaders and other authorities, including heads of institutions, who he said, had made a mockery of what was right in society.

Touching on the lives of the three murdered Judges, Rev. Dr. Boafo noted that the judges did not only fight for what they stood for but also left behind some legacies that all Ghanaians ought to learn from.

In his view, the murdered judges resolved to stand for the truth in the midst of challenges, equity, transparency, fairness, justice and righteousness.

“Reading the life stories of the murdered judges, we realize that they stood for what is good and on this occasion, we are here to reaffirm to rule of law, peace, reconciliation, especially in the period of the COVID pandemic and the anxiety associated with the upcoming elections,” he said.

He, therefore, appealed to the Judiciary to put every person in their place as they fought corruption and injustice, saying: “The judiciary must be seen to uphold the Rule of law.”

“Let me remind us that the courts are there to protect citizens of Ghana, you should also allow justice and righteousness to flow without any impediment. Let honesty, peace and transparency rule in our democratic dispensation”.

Rev. Dr. Boafo said the remembrance service was not conducted to remind Ghanaians of their pain and sorrow but it was initiated for all to know that, “we have a charge to keep and God to glorify.”

The ceremony saw the observance of the strict prescribed protocols to prevent COVID-19 spread.

Prayers were offered to members of the Executive, the Legislature, the Judiciary and relations of the Matyrs.