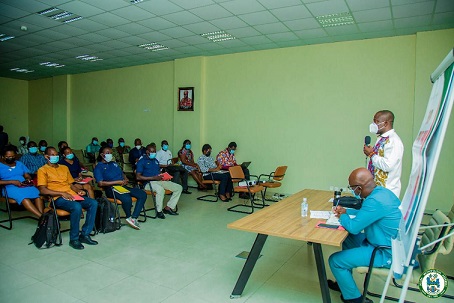 The Accra Metropolitan Assembly (AMA), in collaboration with the Global Centre on Adaptation (GCA), has engaged stakeholders on Climate Resilient Urban Planning for the Accra Central Business District (CBD) for sustainable planning for the city.

It was on the theme: “Adapting to Coastal Erosion and Flooding.”

He said Accra had experienced perennial flooding and tidal sea waves over the years, which had led to the loss of many lives and property.

The AMA had, therefore, designed a Climate Action Plan with the support of the C40 cities to specifically embark on some 20 action activities that would lead to mitigating the climate change challenges confronting the city, he said.

The C40 is a platform of cities with climate action plans that put the city on a path to become emissions-neutral by 2050 and more resilient to the impacts of climate change.

“It is as a result of the Action Plan that we have also received support from the GCA supporting us to conduct this climate risk assessment to find out the exact causes of the problems that we are confronted with, especially along our water bodies, the coastlines, the river bodies and what have you,” Mr Sowah said.

That would also lead to designing a proper map to guide the city authorities in their planning, he said, adding that; “By 2050, 70 per cent of the global population would be living in the urban areas, and Africa appears to be the fastest growing urbanised area with Accra not an exception.”

“So in our scheme of planning things if we don’t factor in population growth and its attendant needs we will be overwhelmed one day and the problems would have been aggravated….”

Mr Sowah urged the stakeholders to help educate the people to put a stop to the kneejerk responses to problems of climate change and rather focus on the systematic long-term sustainable solutions.

“Let us all be disciplined enough and avoid the temptation to short-term parochial interest that has not been helpful to all of us as city dwellers,” he said.