She met the two during the performance of the production Eclipsed at the Public Theater In the United States of America.

Eclipsed is produced by Zimbabwean-American actress Danai Gurira and tells the story of Liberian Civil War from the perspective of the captive wives of a Liberian rebel officer. With the arrival of a new woman who can read, and the return of an old one who can kill, their possibilities are quickly transformed.

The production has had some great reviews and high ticket sales and will head to Broadway in 2016. The previews start on February 23.

It is directed by Obie Award winner Liesl Tommy. 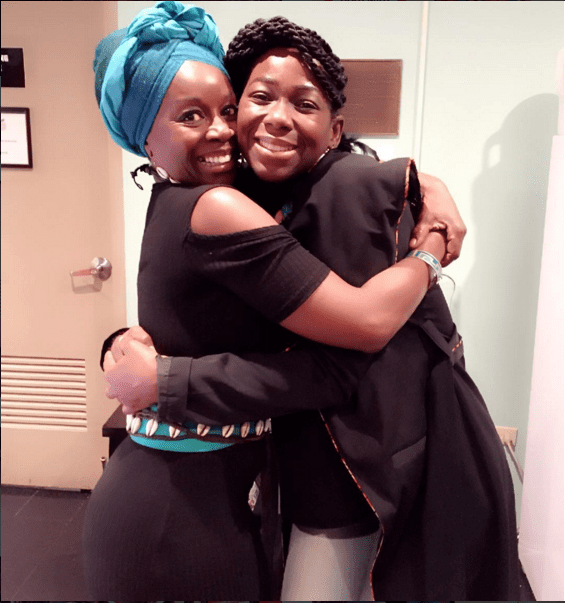