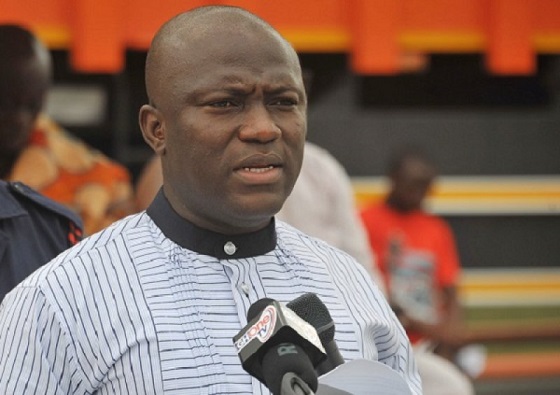 The Accra Metropolitan Assembly, in collaboration with the National Road Safety Authority, is working to improve the quality of life of the people and make the country’s roads safe for all users.

The Assembly is also collaborating with international partners; the Bloomberg Philanthropies Initiative for Global Road Safety (BIGRS), and the Partnership for Healthy Cities, which had made Accra part of a global network of experts, peer cities and countries working together to make Ghana’s roads safer for everyone.

Mr Mohammed Adjei Sowah, the Accra Metropolitan Chief Executive, said: “We hope that our collective efforts will contribute to the global goal of halving traffic deaths by 2030, which was recently announced by the United Nations as the Second Decade for Road Safety, beginning 2021.”

Mr Sowah said this when Ghana joined the global commemoration of the 2020 World Day of Remembrance for Road Traffic Victims, which fell on Sunday, November 15.

“On this special day, we especially remember the 1,585 people we have lost on roads in our dear country Ghana, from January to August this year,” he said.

“We also sympathise with road crash victims who have suffered physical, emotional and psychological trauma as a result of their involvement in a road crash or losing a loved one to this sudden and painful occurrence.”

Mr Sowah said the Day should serve as a reminder that behind those deaths were fathers, mothers, children, husbands, wives and all categories of people dearly loved by their family and friends.

“We must do more here and around the world to put an end to these tragedies,” he said.

One of the most heart-breaking statistics in the Global Status Report on Road Safety was that road traffic injury was the leading cause of death for people aged between five and 29 years, he said.

“As the Chief Executive of the AMA, I envision that this city becomes a safe, smart, sustainable and resilient modern city, improving the quality of life of the people living within the city,” he said.

According to the road safety report published in 2019 by the AMA with support from BIGRS, the number of reported road traffic crashes in Accra stood at 1,812 in 2018.

“Out of these cases, 130 people lost their lives while another 630 were severely injured,” Mr Sowah said.

“Vulnerable road users – pedestrians, motorcyclists (Okada riders), and cyclists – accounted for 84 per cent of these road crash fatalities occurring in the city of Accra.”

He said the AMA, in partnership with BIGRS, had increased efforts to improve road safety, which included the acquisition of data to inform interventions, redesigning of unsafe portions of roads, enforcement of laws, and mini and mass media campaigns.

He said the mass media campaign had seen to the reduction of speeding in Accra from 77 per cent before the campaign in 2019 to 62 per cent in 2020, as indicated by the latest round of observational study conducted by the Johns Hopkins International Injury Research Unit.

“This is a great achievement but until we achieve zero crashes on our roads, the AMA together with the National Road Safety Authority (NRSA), will work assiduously towards making the city of Accra and Ghana as whole safe for all road users.”

He advised Okada riders to follow the speed limits and observe traffic rules and urged all categories of drivers, especially commercial vehicles, to exercise restraint to prevent road crashes.

“Know that it is better to arrive at your destination late than to never arrive and be called ‘The Late’,” the Chief Executive said.

Mrs Mable Sagoe, the Chief Director of the Ministry of Transport, urged the driver unions to renew their commitment to the safety of other road users and extended condolences to victims of road accident this year.

Madam May Obiri Yeboah, the Chief Executive Officer of the NRSA, implored police officers of the Motor Traffic and Transport Department to check road traffic offences to the letter without fear or favour.