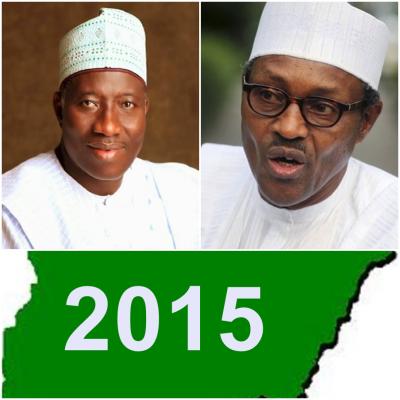 The campaign billboards of two Nigerian presidential candidates erected in Ghana?s capital, Accra have been pulled down following an order by the country?s (Ghana) national security agency.
The billboards of the ruling Peoples Democratic Party featuring President Goodluck Jonathan, as well as those of the main opposition All Progressives Congress of Muhammadu Buhari, located on Accra roads, were pulled down over the weekend by the Accra Metropolitan Assembly.
The decision to pull down the billboards was said to have come amid fears by some Ghanaians that their country could be drawn indirectly into the politics of Nigeria, with security implications, especially with the Boko Haram terrorists wreaking havoc in Nigeria.
Following the order by the National Security, according to GhanaWeb, a security expert at the Kofi Annan International Peacekeeping Training Centre, Dr. Kwesi Annin, had indicated that Ghana had been saved from a possible attack by the terrorist group, Boko Haram, by pulling down the billboards put up in some parts of Accra.
He was quoted to have said that political elite in the country could have been targeted by Boko Haram if the political campaign in Ghana was not stopped.
He said, ?I think it is critical that the National Security and Accra Metropolitan Assembly have listened to the concerns and voices raised by ordinary citizens that these billboards and some level of active political engagement might pose potential threat in the future.?
He said the removal of the billboards should not only be about Boko Haram, but also about whether or not laws governing the country permit foreign political entities to campaign in Ghana.
Meanwhile, an international relations expert, Dr. Vladmir Antwi Danso, said Ghana had been saved from severing future relations with Nigeria.
He was reported to have explained that if there was the perception that Ghana was supporting one candidate over the other, then the relationship between Ghana and Nigeria after the elections would be marred.
?What if after the elections the scales change, then the relationship between our country and Nigeria will also have some hiccups,? Danso said.