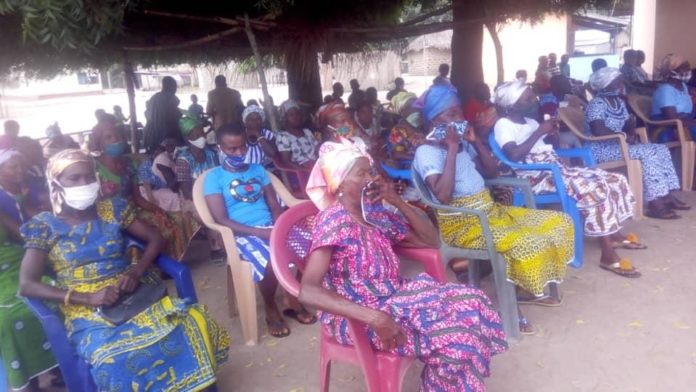 The people of Amedikpui, a farming community in the Agotime-Ziope District of the Volta Region have asked the District Assembly to relocate a dumping site close to the town.

They said the current site was inappropriate as stench emanating from liquid waste including; faecal matter being dumped at the site was unbearable, and posed serious health risks.

Community members, at a social auditing forum organised by the National Commission for Civic Education (NCCE), therefore demanded from the Assembly to urgently reposition the site as it was their topmost priority and stop people from dislodging faecal matter at the site.

They said their only source of drinking water was also being constantly polluted because it had run-off water carrying faecal matter into the stream thereby making it unsafe for drinking.

Mr Dickson Addor, Assembly member for the area said the situation had been a great challenge to the community, and feared that if no pragmatic mechanisms were deployed it would lead to outbreak of a disease.

“Anytime they dispose this material, the stench alone, the rate at which it comes to the community is unbearable and makes them not to have safe breath and cannot eat during a day time,” he added.

Mr John Kwaku Amenya, District Chief Executive (DCE), said his outfit was aware of the situation and had directed those engaged in dislodging the faecal matter at the area to stop.

He said the Assembly had gotten a different location for the disposal of such wastes, therefore anyone who failed to adhere to the Assembly’s directive and went ahead to dispose the waste at the old site would be arrested and prosecuted.

The DCE asked the community members to serve as watchdogs to report people who flouted the order to the Assembly for necessary action.
Madam Josephine Nkrumah, Chairperson, National Commission for Civic Education (NCCE) used the occasion to inaugurate a seven-member committee to address the issue.

She charged the committee to liaise with the necessary authorities including the District Assembly so they could discharge their duties effectively and timely to find amicable solution to the problem.

Madam Nkrumah urged the people to develop interest in activities undertaken by the Assembly in their communities, saying participation in those activities was one of the surest ways of holding duty bearers accountable.

Mrs Dzigbordi Akpetey, Zoipe District Environmental Health Director, urged the people to abide by the environmental laws and ensure that their surroundings were kept clean so they could remain healthy and productive.

The engagement formed part of Accountability, Rule of Law and Anti-Corruption Programme (ARAP) towards making frantic efforts to tackle conditions that led to corruption, with sponsorship from the European Union (EU).