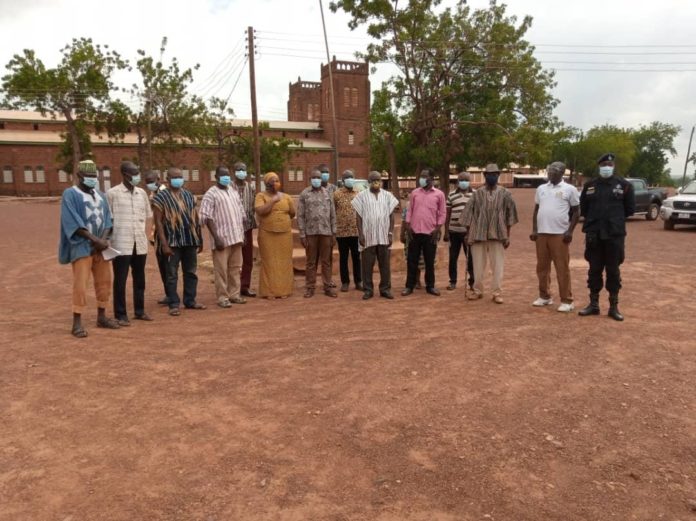 Participants at a forum to deliberate on how to eradicate political vigilantism in the Nandom Municipality of the Upper West Region have called for the amendment of the 1992 Constitution to abolish the winner takes all system.

The participants were of the view that the winner takes all system was the major cause of political vigilantism, that was a threat to the country’s democratic gains.

Organised by the Upper West Regional Peace Council in Nandom, the forum formed part of the nationwide advocacy campaign by the National Peace Council (NPC) on the eradication of political vigilantism to promote peaceful coexistence before, during and after the December 7, elections.

They agreed that the winner takes all system was responsible for the situation, where political parties were prepared to do anything including; violence to capture power.

This, they said posed danger to the country’s young democratic gains and peaceful coexistence, hence the need for action to amend the constitution to abolish the system.

The participants were taking through “The Roadmap for the Eradication of Political Vigilantism in Ghana”, “The Vigilante and Related Offences Act 2019 (Act 999)”, “The Code of Conduct for Political Parties” and the “Early Warning Signs and Hotspots to Watch” in the Nandom Constituency.

Speaking during the opening of the forum, Mr Gabriel Andoh, Head of Finance at the NPC Headquarters noted that the nationwide activity by the Council was geared towards eradicating political vigilantism among the youth.

He advised the youth to focus on getting themselves some employable skills that could gain them employment instead of allowing themselves to be used as tools by unscrupulous politicians for perpetuating violence and causing insecurity in the country in the name of vigilantism.

Rev Fr. John Kuupiel, a Member of the Regional Peace Council noted that God had created systems for them to leave peacefully; one of which was democracy, hence the need for all to cultivate high spirit of tolerance for one another.

According to him, political vigilantes usually would not consider the legitimate needs of the opponent, the reason for the violent acts being experienced around the country, thereby should be eradicated.

“Without peace, there cannot be development, without peace, we cannot live peacefully and harmoniously together”, he said and added that the NPC was therefore determined to help eradicate this canker through its nationwide advocacy campaign.
Mr Aasoglenang Thaddeus Arkom, the Nandom Municipal Chief Executive (MCE) in a statement read on his behalf paid homage to the late Presiding Member of the Nandom Municipal Assembly and a member of the National Democratic Congress (NDC), Mr Francis Korkowie, who according to him, stood for the principle of party politics and not violence.

He said the Nandom Municipal Assembly under his leadership was committed to working for peaceful coexistence among the people and called for the cooperation of all to achieve that.

He lauded the NPC for bringing its advocacy campaign to the Municipality and pledged the support of the Assembly to enable them achieve their objective.

Mr Emmanuel Danyomah, the Upper West Regional Executive Secretary of Peace Council advised the participants to continue to engage their various members on the need to do away with vigilantism, which was of utmost concern to Ghanaians at the moment.

He further advised them to always seek the help of the Peace Council whenever there was disagreement and avoid resorting to violence as a means to addressing their disagreements.