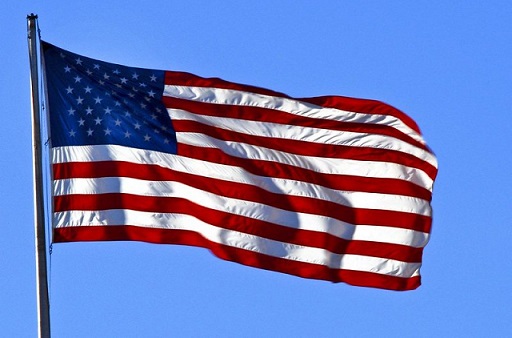 Rhonda Clark, 40, working in information technology in the area around Washington D.C., had problems saving money in her first five years after college.

“I didn’t have any money. There was no money to save,” she told Xinhua.Fast forward 20 years, now she is a homeowner, and is able to save and invest a decent amount of her and her husband’s income.

U.S. media have been flooded in recent years with stories about how expensive it has become to remain in the middle class, as well as the difficulty – sometimes impossibility – of saving money while maintaining a middle class lifestyle.

Reasons range from student debt to healthcare to the cost of living in major cities that are astoundingly overpriced.

While those concerns are not to be dismissed – many hard-working, frugal families struggle to remain in the middle class – many truths are under reported.For instance, U.S. real estate is costly in urban areas because it is tied to a city’s crime rate. Sure, there are houses and apartments that are dirt cheap – but they are in high-crime neighborhoods.

In areas with cheap housing, people might not take care of their properties; residents collect government assistance instead of looking for a job; and dangerous dog breeds like pit bulls roam the area unleashed. Rod Ball, 65, used to visit his girlfriend in such an area in Philadelphia, before she moved to a better neighborhood. “You always had to watch out for pit bulls.

The area was cheap, but it wasn’t a good neighborhood,” Ball said, noting that aggressive dogs can severely injure children and adults alike.

Ball’s girlfriend, Shirley, 69, who declined to give her full name, noted that robberies were increasing and shootings occurred a few times a year. “The place was cheap but who would want to live there?” she told Xinhua. Low-income neighborhoods also have the worst and most dangerous schools.

A study by labor economist Dan Goldhaber found that disadvantaged kids, including students from low-income families, in the U.S. state of Washington, ended up with the worst teachers.

By sharp contrast, some upper middle class schools boast some of the best school districts in the nation. In an age of fierce competition to get into a good university, parents will get into debt just to send their kids to a decent high school.

Cars are another issue preventing middle class people from saving money. Many middle class families, especially those that live in the suburbs, need two cars. Others, who complain they are not saving enough money, could get by with one car but are unwilling to put up with a little inconvenience.

Other families spoil their children with brain-cell killing electric gadgets that make their kids into drones who cannot socially function, such as tablets and smartphones.

Some middle class parents worry their kids will be teased at school for being too poor to afford such devices, so they cave and buy them.

One simple solution, at least for adolescents, is to lift weights at the school gym – which is free – and develop enough physical strength that other kids won’t dare mess with them.

American parents often allow their children in university to study subjects that will do absolutely nothing to prepare them for the workforce, and could negatively impact their financial future for their entire lives.

These include general liberal arts degrees such as history and philosophy that do not give them any in-demand skills and leave them at a disadvantage in the workforce.

Indian, Chinese and Korean immigrants, by sharp contrast, will often not pay for their children’s college education unless they pursue a degree that will get them a high-paying job. Those include business administration, computer science, medicine and others.

As a result, Asian Americans, according to the U.S. Bureau of Labor statistics, earn more than other racial groups in the United States.

Many Americans who make around 150,000 to 160,000 U.S. dollars a year – which outwardly appears to be a lot of money – complain they are struggling to save even a few hundred dollars a month.

People in this group in their 30s and 40s often have very high levels of student debt from the education that made them doctors, lawyers or highly-paid specialists.

They work in the country’s most expensive urban areas and have a costly mortgage on a house. They have some consumer debt for cars and vacations, and have costs for health insurance and child care, Clay Ramsay, a researcher at the center for international and security studies at the University of Maryland, told Xinhua.

“On the other hand, if you’re in this income group and are 65 and older, it’s all different. Your student debt is paid off. You work less or are retired, and you may have already moved somewhere nice out of the city.

You probably have more equity in your home, or own it outright. Your health insurance is covered by Medicare,” Ramsay said.

Joe Biden, the oncoming president, has vowed to boost Americans’ standard of living, although it remains unknown whether or how he’ll succeed.

Biden “needs to make meaningful improvements in the economy and people’s standard of living in order to be successful in his presidency,” according to Brookings Institution senior fellow Darrell West.

“He is likely to propose a number of initiatives in the areas of education, healthcare, and COVID relief aimed at boosting the middle class,” West said.