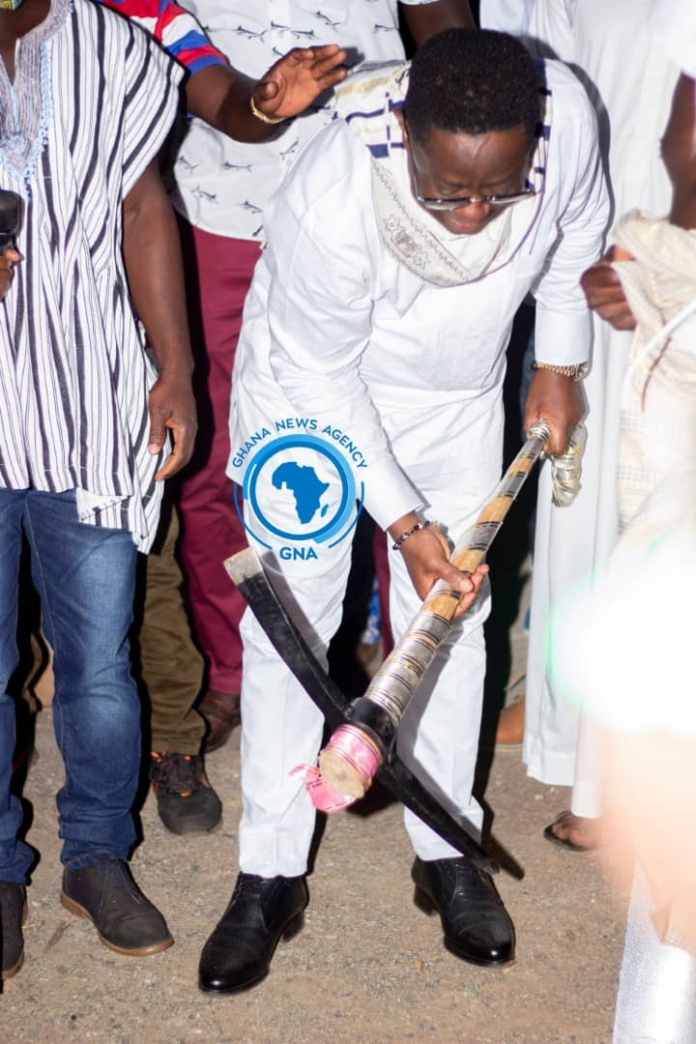 Mr John-Peter Amewu, Minister of Energy and Member of Parliament-elect (MP) for Hohoe Constituency, has broken grounds for the construction of a state-of-the-art palace for the Wli Traditional Council.

The ceremony was a fulfilment of the Minister’s campaign promise to elevate the status of the community.

Mr Amewu in a short ceremony at Wli, thanked the community for massively endorsing his candidature.

“I want to assure you that henceforth, it is all about development in Wli. I am commencing all my campaign promises here in Wli.”

He said the architectural design of the yet-to-be built palace would make it a tourist attraction in the Hohoe Constituency.

Mr Amewu said when completed, it would be a two-storey with a 1,500 sitting capacity on the ground floor and offices for the paramount chief, queen mother and other chiefs on the first floor.

He said the edifice would also have a stocked library and washrooms.

The construction of the facility is estimated GH¢2million.

Togbega Lo, Paramount Chief of Wli Traditional Area, expressed gratitude to Mr Amewu for his kind gesture and support for the people of the community.

Mr Joseph Homenya, Volta Regional Secretary of the New Patriotic Party (NPP), urged the Party supporters to make sure their celebrations were modest.

The Wli community was also granted a Traditional Council status making it autonomous.

Ranked among the nation’s top tourism enclaves for the Wli waterfall, the area had for years been traditionally administered by the Akpini Traditional Council.

Mr Amewu also performed a similar ceremony at Hohoe Zongo for construction of an ultramodern Chief’s Palace for the community.

Mr Kwame Amenyo of the Hub Amenyo Company Limited, the construction firm of the two edifices, said they would be completed within four to six month duration.