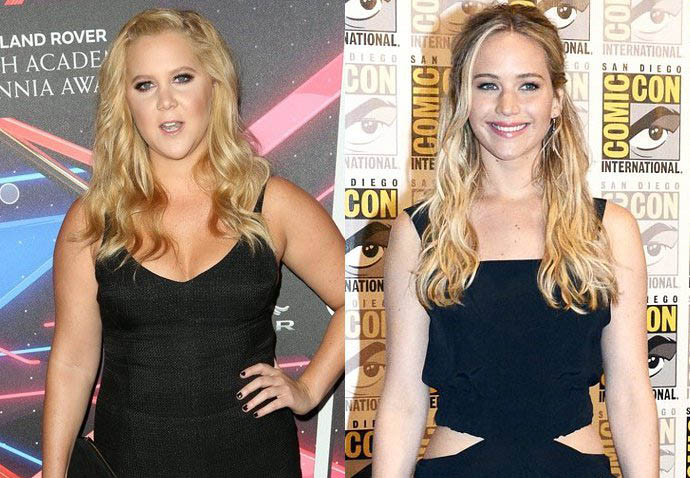 Fans have already known that Amy Schumer and Jennifer Lawrence have been working together on a new screenplay. At the BAFTA Britannia Awards in Los Angeles on Friday, October 30, where Schumer won the Charlie Chaplin Award, the “Inside Amy Schumer” star gave an update on the screenplay, saying that it’s “going great.”

“We just finished a new draft, and we’re just excited about it,” Schumer said. She also teased what fans can expect from the untitled Jennifer Lawrence / Amy Schumer project. “It’s funny, it’s dirty, it’s real. It’s like us,” she said of the screenplay in which she and Lawrence will play sisters.

Lawrence revealed earlier this year that the two were writing a comedy together. “”We’re almost done writing. It just flowed out of us. Amy and I were creatively made for each other,” Lawrence said at the time. “We have different flavors. It’s been the most fun experience of my life. We start the day off on the phone, laughing. And then we send each other pages. And we crack up.”