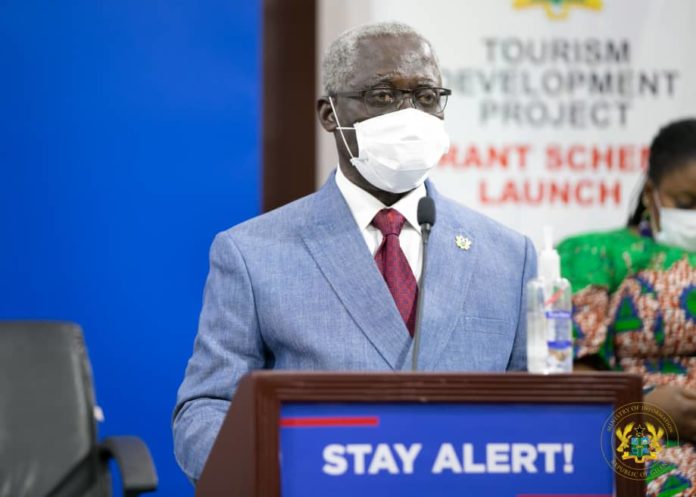 Mr Yaw Osafo-Maafo, Senior Minister, has said there is the need for a more aggressive marketing and promotion of the country’s tourism sector to enable it rake in more from the estimated 1.7 trillion global earnings in tourism.

He said in competition for tourist development, Ghana has more advantages in tourism than many countries, hence the need to use the available initial attractions of a tourist- be it the security and safety of the country, to attract more others as the country strives to live with the new normal of the pandemic.

Launching a nine-million dollar grant scheme for the tourism sector in Accra on Wednesday, Mr Osafo Maafo expressed regret that despite the various investment being made by the government, the country has not seen the corresponding rise in earnings.

“It is very unfortunate that despite these investments, Ghana has not seen a correspondent rise in tourism earnings or break into the top ten tourism destinations in Africa”, he said.

However, the Minister said, “the nature of the Ghanaian makes the whole country a tourism attraction centre and we have not marketed it enough”.

The Senior Minister said many people feel safe and comfortable in the country because the people are naturally friendly, “And we should make people feel the need to come here to relax because it is a destination for relaxation”.

He urged the Tourism Minister, Mrs Barbara Oteng Gyasi, to lead an aggressive tourism promotion effort to get Ghana take a bigger share of the global earnings.

Similarly, tourism in Africa, Mr Osafo Maafo said, has not seen the corresponding earnings, although the continent has seen a rise in tourism with its tourism performance, recording about 69 million tourists visit in 2018, and making it second fastest growing region after Asia-Pacific, a growth of seven per cent over the 2017 performance.

He said despite the 2018 growth for Africa, the continent’s share of the global tourism pie remains small, with only five percent of international tourist arrivals to African countries.“Infact, Africa earned only one percent of 1.7 trillion earnings in that sector.

“So that the Continent of Africa, the cradle of civilization- that history of Egypt, that history of Abyssinia-Ethiopia- to earn one per cent of tourists growth, it is certainly not enough”, he said.

“We have a lot more to show and to sell so we are not marketing ourselves enough. Africa needs to take a bigger share of world tourism than it has taken so far. With the history of the world and where Africa started with, the Continent should be earning far more than one percent”, he said.