News Ghana
Home Opinion An Era where Mothers and Their Babies Could Not Be Saved By... 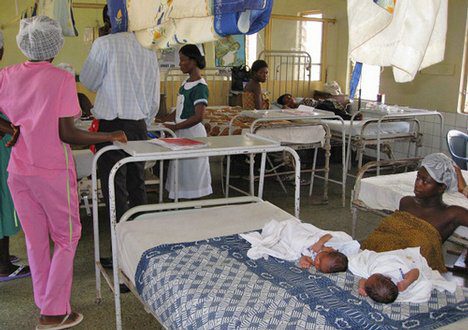 “A nation which allows her women to die in the process of bringing forth life only exists on borrowed time.” 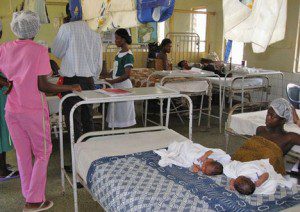 With the deploring of more than 2,600 midwives to over 650 rural health centres across Nigeria, 650,000 Mama kits distributed for safe delivery, 2,300 midwives being trained in life-saving skills, 650 rural centres furnished with communication links to the national operations hub, 160 medical officers being trained in emergency obstetrics, Mary Thompson, 34, is one of the expectant mothers in Nigeria that prefer religious homes to hospitals. This is against the backdrop of the country meeting the Millennium Development Goals (MDGs) target of reducing child mortality rates by a third in 2015.

“Maternal health is one of the big health issues facing Nigeria today. A woman’s chance of dying due to complications around pregnancy and birth in Nigeria is 1/15, compared to 1/5000 in developed nations. It is estimated that more than 53,000 women and 250,000 newborns die each year due to preventable causes,” (Making a difference with the Midwives Service Scheme, March 1, 2016).

For this aim, Nigeria was among countries in May 2013 that sent their policy makers that converged on Kuala Lumpur, the capital city of Malaysia, towards spawning political obligation and supply assets to condense maternal mortality and attain universal admittance to reproductive health. The conference in Malaysia was the third edition of the Women Deliver Conference, an international meeting collectively put by Women Deliver, an encouragement assemblage encompassing a league of organizations.

The Society of Gynaecology and Obstetrics of Nigeria was quoted in 2013 as saying that a regular number of 45 women died from pregnancy problems every day between January and March. However, the expectant mothers have a confidence that with their faith in their different religions, the aspect of reception to quality health and family planning are not for them. Officials say that this state-of-mind has resulted to a lot of women losing their lives in the cause of child delivery in the religious homes being that the time they ought to have used to visit a hospital they instead use it to stay in different prayer homes supplicating, looking for Utopian miracle that most times is elusive.

The World Health Organization (WHO) refers infant mortality to the death of infants and children under the age of five. WHO says, “In 2011, 6.9 million children under five reportedly died down from 7.6 million in 2010, 8.1 million in 2009 and 12.4 million in 1990. Global statistics on the challenge reveal that child mortality is more prevalent in the sub-Saharan Africa with about half of child deaths being recorded there.”

Methodically, for every 1,000 new born babies, 90 to 100 die in Nigeria within the first week of life. Experts say this is as a result of difficulties during pregnancy and delivery. The Nigeria Human Rights Commission (NHRC) lends its voice to that of UNICEF, saying, “Nigeria was one of the countries in the world with high maternal and infant death rates with a ratio of 545-630 per 100,000 live births, or 75 per 1,000 live births on the infant mortality index, according to the United Nations, UN.”

“The main causes of neonatal deaths are birth asphyxia, premature birth and severe infections including neonatal tetanus. Children also die from largely preventable communicable diseases compounded by malnutrition. These children do not need to die as over half of them could be saved by low cost, evidence based, cost effective interventions such as routine immunizations, the administration of oral re-hydration therapy as indicated, appropriate antibiotic use, nutrient supplementation, the use of insecticide-treated bed nets and improved breast feeding practices,” (UN Millennium Project report).

Most of the religion-believers expectant women have a narrow way-of-thinking, believing that since a woman is pregnant, the next level is to deliver her of the child. But they are most times oblivious that there are wobbly situations of pregnancy related impediments like obstetric fistula, which leads to caesarean section: a situation that occurs after a woman in labour must have exhausted all avenues for normal delivery. Religious faiths quite often make these expectant mothers’ situations very unfortunate. With an account that 40 percent of the worldwide commonness of obstetric fistula is counted in Nigeria in 2014, there is an evaluation of between 400,000 and 800,000 cases of obstetric fistula, especially in the northern part of the country and with an indication of 20,000 novel cases per year, said to be the highest in the world.

From the above explanation, it is not a bolt-from-the-blue why Nigeria still ranks high the list of countries with towering maternal and infant mortality rates in the world. Figures from the UN World Population Prospects and the Institute for Health Metric Reports (2010) are that the country has a ratio of 545 per 100,000 live births on the maternal mortality index and 75 per 1000 live births on the infant mortality index. Aside that the Federal Government by 2014 budgets about $3m annually to provide free family planning facilities for Nigerians, many pregnant women will not avoid going to their religious organizations for total therapeutic solutions to their situations than going for gesture measures.

“Every single day, Nigeria loses about 2,300 under-five year olds and 145 women of childbearing age. This makes the country the second largest contributor to the under–five and maternal mortality rate in the world. Underneath the statistics lies the pain of human tragedy, for thousands of families who have lost their children. Even more devastating is the knowledge that, according to recent research, essential interventions reaching women and babies on time would have averted most of these deaths,” contains in a report by UNICEF.

Thompson does not just visit prayer house to seek assistance for her pregnancy; in 2015, Nigeria remained too slow to achieve the Millennium Development Goals of reducing child mortality by a third, says UNICEF. The argument is that unnecessary or healable infectious diseases such as malaria, pneumonia, diarrhoea, measles and HIV/AIDS account for more than 70 per cent of the estimated one million under-five deaths in Nigeria, because malnutrition still remains the fundamental cause of morbidity and mortality of a large proportion in Nigeria.

“Similarly, a woman’s chance of dying from pregnancy and childbirth in Nigeria is 1 in 13. Although, many of these deaths are preventable; the coverage and quality of health care services in Nigeria continue to fail women and children. Presently, less than 20 per cent of health facilities offer emergency obstetric care and only 35 per cent of deliveries are attended by skilled birth attendants,” the report says.

In 2009, Nigeria harangued reducing maternal mortality in the country in relation to the stipulated target of Millennium Development Goals (MDGs) and the year was gone without her meeting the target. Nigeria is still not listed among the 10 countries seen to have made rapid progress to meet the goals. Yet, WHO blames haemorrhage, infections, high blood pressure, unsafe abortion and obstructed labour as among the problems besetting pregnant women in the country. In another vein, the international body sees bacterial infection, variants of gestational hypertension – including pre-eclampsia and HELLP syndrome, obstetrical hemorrhage, ectopic pregnancy, puerperal sepsis (childbed fever), amniotic fluid embolism, and complications of unsafe or unsanitary abortions as amongst the challenges facing pregnant women.

WHO bemoans that over 90 per cent of maternal deaths occur in developing countries, while 45 per cent of postpartum deaths occur within 24 hours of delivery; so it warns against malaria in pregnancy, pointing at it as a supplier to increasing maternal mortality. It causes premature infants with stumpy birth weights due to intrauterine growth retardation. A bulletin of the WHO 2014 reports that investments in health systems with universal access to services delivery (e.g. skilled birth attendance, contraceptive prevalence rate), health workforce (e.g. doctors per 1 000 population), information (e.g. health information systems), medical products, vaccines and technologies (e.g. measles vaccine coverage), financing (e.g. total health expenditure per capita), health systems governance (e.g. adoption of enabling policies for women’s and children’s health), can help reduce problems of morbidity and infant mortality in the country.

Odimegwu Onwumere is a Rivers State based poet, writer and consultant. He won in the digital category, Nordica Media Merit Awards 2016, Lagos; and the International Award for Excellence in Journalism 2016, Geneva. Tel: +2348057778358. Email: [email protected]