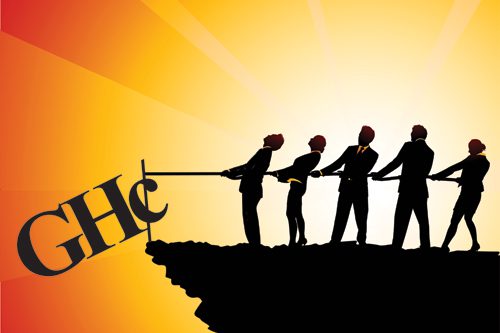 Market analysts said here on Tuesday they were alarmed at the rate of depreciation of Ghana’s local cedi currency against major international trading currencies. 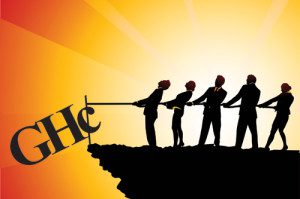 Samuel Ampah, Head of Research at GN Ghana, described the situation as alarming, urging policy measures to stem the tide.

The local currency, which was exchanging at 3.90 to the U.S.dollar late last year, has tumbled cumulatively by 8.0 percent, and now is exchanging at around 4.65 to the dollar.

“The rate of depreciation is alarming and needs urgent policies to halt this trend, but we have always gone through this cycle, especially after elections,” Ampah told Xinhua.

He attributed the trend to the return to business of importers, making the demand for the U.S. dollar currency higher than it had been earlier.

The analyst also cited dollarization of the economy where prices of goods and services are quoted in the dollar instead of in the local currency as one of the main causes.

He urged that the way forward would be to increase foreign exchange earnings through increasing export as well as building confidence in the cedi to perform its role as a store of value instead of using the dollar.

In his comment, economist John Gatsi of the University of Cape Coast told Xinhua via telephone that the causes, apart from following the trend of annual cycles where payments had to be made in the first quarter of the year for goods imported in the last quarter of the previous year, investments in dollars had become an alternative investment avenue for Ghanaians.

“Also before the elections, some investors disinvested and, coupled with the kind of investments made in the economy, as opposed to the limited availability of the dollar, with the foreign exchange market being very vibrant, as well as re-payment of various loans contracted by government, these things are bound to happen,” he added.

The economist also attributed a greater part of the current depreciation of the cedi to activities of speculators and utterances by the new managers of the economy about some macro-economic indicators.

“With a change in government, a lot of negative comments have been made about the economy by some key figures among the new managers of the economy, who made clear statements about the fragile nature of the banking sector. The market has also picked up these comments and are responding to them,” Gatsi argued.

Going forward, he believed there was the need to manage the currency as a long-term project since the injection of dollars by the Bank of Ghana into the market did not seem to be making any significant impact on the market.

He asked for moderation in the way things were done so that speculators would stop taking advantage of the situation to create more problems.

“There is the need for better information dissemination about the economy in order to regain the confidence within the short term,” Gatsi stated.

However, Collins Appiah, Managing Director of Accent Financial Services, attributed the depreciation partly to the boost in business confidence, which was making importers go back into business after the election.

“It is the picking up of business confidence after the elections that is driving the cedi depreciation as importers who were going out of business due to high import taxes seemed to expect better prospects under the new government and so are returning into business, thereby creating a higher demand for foreign exchange,” Appiah explained in a telephone interview.

He was however worried that the trend was likely to remain for some time and so some measures needed to be taken to meet the growing demands as Ghana’s economy was exposed to the international market. Enditem