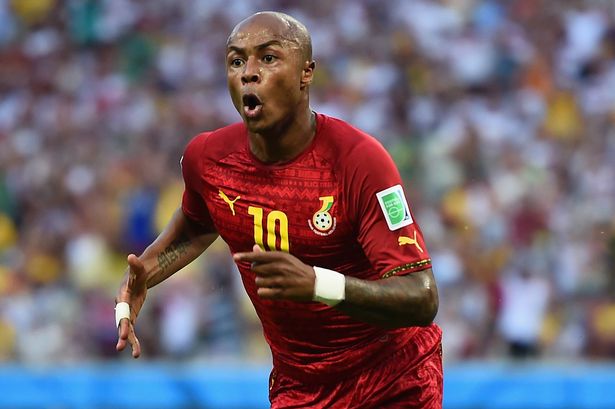 Andre Ayew had identified the home draw against Tottenham Hotspurs as the catalyst to Swansea?s first home loss on Monday night.

The Swans have been on the back of a terrible run following an impressive start to the season.

Swansea have been without a win in six games on the bounce.

Their poor form was compounded on Monday night when they slumped to their first home defeat of the season in the 1-0 loss to Stoke City.

And Ayew believes the side?s inability to get the desired result in the thrilling 2-2 draw with Tottenham Hotspurs the week before hit the psyche of the players leading to the defeat to Stoke.

?What was difficult was the draw against Tottenham because we had a great game,? he said.

?We all had a great game and after that game when we didn?t get the three points we were quite disappointed.

?But now that we?ve lost at home we need to put all these behind us and start everything afresh and hopefully we can try and get the result on Saturday.?