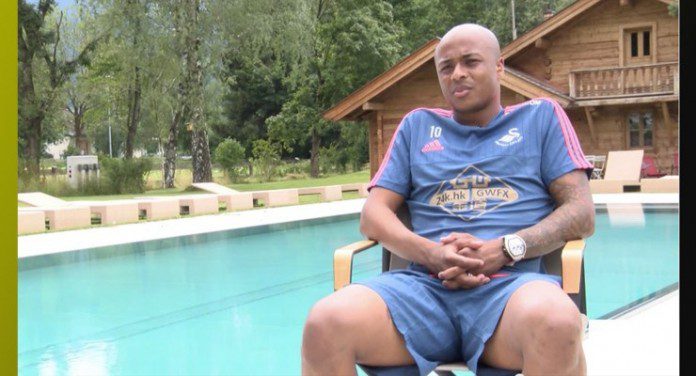 Andre Dede Ayew Black Stars Captain has been ruled out of the next Africa Cup of Nations (AFCON) qualifier against Sudan on Tuesday, November 17, in Sudan after picking up a knock at training on Saturday.

Ayew, was not part of the team that traveled to Sudan on Sunday, following the injury.

The Captain limped off at training on Saturday at the Accra Sports Stadium and after further examination, he was ruled out of the game.

Ayew was Ghana’s two-goal hero in the first leg game against Sudan at the Cape Coast Stadium, last Tuesday.