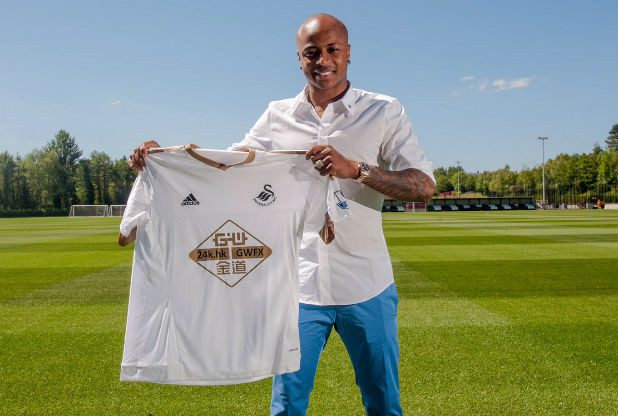 Ghana captain Asamoah Gyan believes Andre Ayew is a strong enough character to be successful in the tough English Premiership.

The 25-year-old will be playing in the English top flight following his move to Swansea.

Ayew joined the Swans as a free agent after his contract with Olympique Marseille expired at the end of the last European season.

The English league is however noted for its toughness and huge demands on players to perform on a consistent basis.

There is also a huge expectation on Andre Ayew after he turned down several offers from top European clubs to join Swansea.

But Asmaoah Gyan who excelled in his brief stay in the Premiership with Sunderland is backing his international teammate to be an instant hit in England.

?It is a challenge for him [Andre Ayew] but I know that guy is too strong,? Gyan told Metro TV?s Sports File.

?The Premier League is a difficult league but I know Andre can make it there.?

Gyan played for Sunderland for just one season during which period he scored 10 goals in 34 appearances before moving to the UAE in 2011 to join Al Ain.