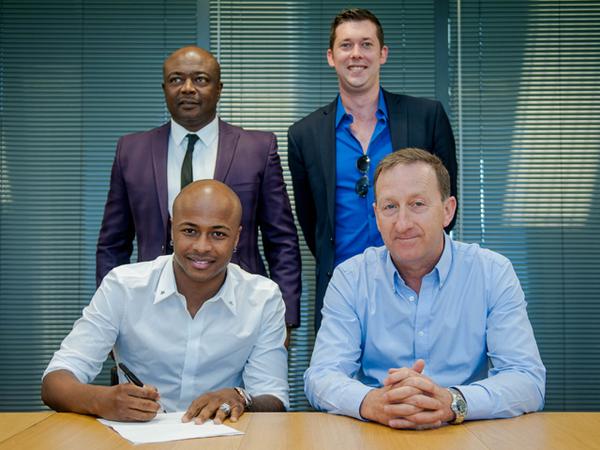 Swansea manager Gary Monk believes Andre Ayew?s background and upbringing under the iconic Abedi Pele that has given him the grounding to be a real success in football.

Andre has scored in successive Premier League matches against Chelsea and Newcastle.

The 25-year-old rejected stellar clubs including AS Roma and Atletico Madrid to sign for the South Wales side.

Monk said: ?We try and check all the characters we bring into the club ? their personality, their home life and everything. The key for me is when I speak to the player. I think I?ve always been quite a good judge of character.

?It?s the feeling you get when you speak to someone ? whether they are genuine or not, do they actually know what they are talking about, or is it sugar-coated to pull the wool over your eyes?

?There was a good feeling with Andre and he?s proven that in the way he is with the group. I think he gets that grounding from his family. You could tell that from the way he spoke.

?I hadn?t heard that for a long time. When I brought him in I knew he would be the right character and now he?s hopefully able to produce his best football. He?s had a good start.

?Even though he?s still young, he?s a very experienced international and he passes that knowledge onto the group, which is great. All in all, he?s played an important part in our pre-season and I?m sure he will throughout the season.?