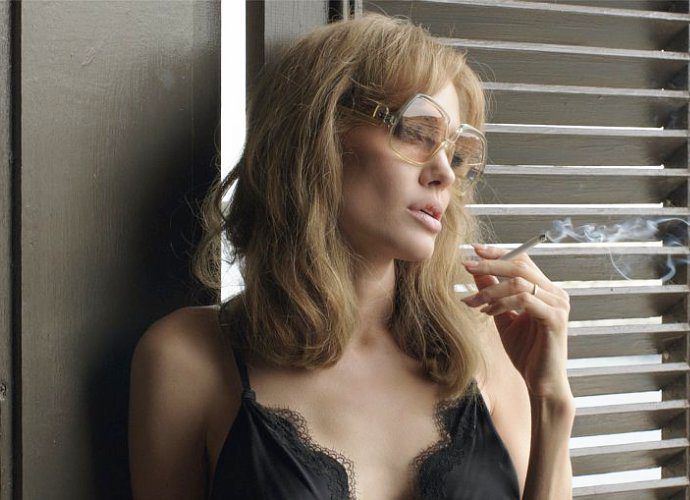 Even Angelina Jolie who is known for her killer curves had a second thought about going naked for a movie. The actress/director opens up to The New York Times that she was initially hesitant about filming nude scenes in her latest directorial effort, “By the Sea”, in which she also stars alongside real-life husband Brad Pitt.

“There were lots of scenes I wanted to change or cut,” she says, admitting that she began rethinking some of the nude scenes after she agreed to star in the drama movie. “I realized it was going to be me [naked] in that bathtub.”

She eventually decided not to give into her physical and mental insecurities. “I told myself, put all of that aside. Like, you can’t change or cut this scene because you’ve had a mastectomy, or because we’re married and people are going to analyze this or that,” she shares. “That would be cheating.”

While Jolie agreed to do nude scenes in the movie, she didn’t let her son Maddox, who worked as a gofer during the production, watch the filming of sexual or darker scenes. “He’d be there for the lighter scenes or funnier ones, but obviously we had a rule that for certain scenes he was on lockdown, not on set,” the 40-year-old star explains.

Addressing the leaked Sony emails that revealed former Sony co-chairwoman Amy Pascal and producer Scott Rudin’s exchange about her, Jolie says, “Someone told me. There are certain things that bother me and certain things that don’t. Personal attacks on me? I think I’m just so used to it. Honestly, my first instinct was that I was worried about Amy. I had someone call her and ask if she was O.K. Not because I’m a saint, but because I think we have to look at the bigger picture. She’s got kids. I knew it was going to unravel for her.”