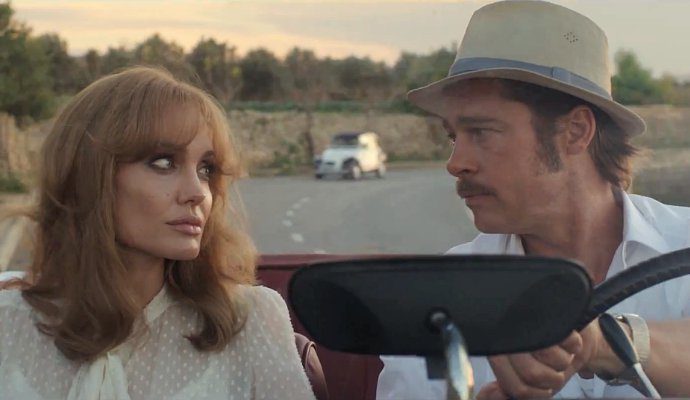 A new trailer for Angelina Jolie and Brad Pitt’s drama “By the Sea” has arrived. Jolie and Pitt star as Vanessa and Roland, a couple whose marriage is falling apart. While the previous trailer was the lead-up to the heartbreak, the new trailer is full of torturing moments.

The trailer begins with Roland sitting by the ocean and continues with the husband and wife spending their time alone in different places. Roland is seen at a cafe and Vanessa smokes on the balcony of her room. Tears, screams and slaps dominate the trailer as it shares some never-before-seen footage, like when Vanessa moves a table to peek through a small hole.

The trailer doesn’t give a lot of ideas about the plot, but it is exactly what Jolie wanted. “I wanted to suggest and guide and give hints to the audience but not bore them or reveal all before the film itself,” Jolie told EW. “I like trailers that don’t explain the whole film, that tell you exactly what to expect.”

As for the storyline, Jolie gave interesting statements without revealing too much. “It isn’t my intention to hide anything from the audience, but the film is a complicated adult drama where things are often not what they seem,” she said. “The voyeurism for example, most people will assume only that it is titillating. But it has deeper resonance to the story. I like films that leave questions and cause discussion.”

The upcoming movie follows “an American writer named Roland and his wife, Vanessa, who arrive in a tranquil and picturesque seaside resort in 1970s France, whose marriage is in apparent crisis. As they spend time with fellow travelers, the couple begins to come to terms with unresolved issues in their own lives.” Jolie directs, writes the screenplay and produces the movie alongside Pitt. Also starring Melanie Laurent and Niels Arestrup, the drama will arrive in the U.S. on November 13.