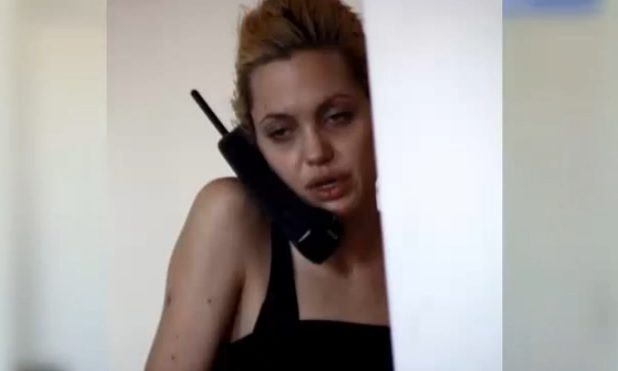 Franklin Meyer, self proclaimed drug procurer for Angelina in the past, released the video which was taken sometime during the late 90?s of Jolie in her apartment minutes after taking delivery of a package from Mr Meyer and apparently snuffing it.

The video shows her in her apartment, looking dishevelled and haggard, talking on the phone to a person believed to be her father, Jon Voight.

Angelina Jolie has in the past often described that period of her life as ?dark and dangerous? and she considers herself lucky to have survived through that.

Mr Meyer said he received a call from Jolie, asking him to come visit her, which was how she got him to bring the stuff to her place.

?Angie was a client of mine for several years. I sold her heroin and cocaine. One day she called me up and wanted me to drop by her place; that was her way of telling me she wanted me to bring her drugs?

?At the time, I had just bought a video camera and decided to bring it along. When I arrived, I gave her the drugs and she gave me the money?

He claims he got Jolie?s permission to film her; and also that she often spent about $100 on drugs weekly during that period of her life.

Why Meyer has released the video now after having it for so many years is difficult to ascertain, especially since he has spoken in the past of his ?drug? ties to Jolie without releasing.

Known for her humanitarian work with the United Nations and other organisations, it remains to be seen how this snippet from her past would affect her current work. Jolie is, of course, married to Brad Pitt and has six kids, three adopted.

Check out the video below?