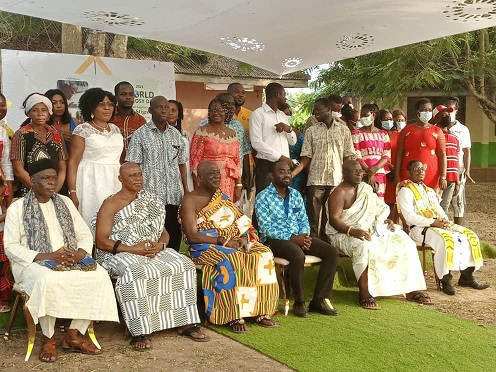 The World Leprosy Day, celebrated on last Sunday in January every year, has been marked by the Ankaful Leprosarium General Hospital (ALGH) in Cape Coast.

It was on the theme “Beat Leprosy, End Stigma, Advocate for Mental Wellness.”

The Day is celebrated globally to create awareness of the disease and to sensitize the public to eschew all forms of stigmatization against people living with the disease.

There had been a decline in the incident of leprosy cases globally within the last 10-15 years, he said and called for combined efforts to stop its spread.

Since the establishment of Ghana Leprosy Service some 67 years ago, he said, various actors have worked tediously to reduce leprosy transmission and its associated challenges and deformities.

To eradicate the disease, Dr Quao said it would take collective and collaborative efforts from key actors to see a transformation.

“We may not have the single magic bullet to immediately eradicate, but we can promise that ending stigmatization is a game-changer,” he added.

He called on the public to help create a friendly and welcoming atmosphere for people with leprosy to feel loved.

“It is obvious that they contacted it through no fault of theirs and since we can all not be too sure of what the future holds for us we must show them, love,” he stated.

Mr Kofi Jackson Nyarko, a panel member of Leprosy in Africa, who had the disease, said leprosy was curable and people who have it needed societal support to heal faster.

Sharing his ordeal, he revealed how he contacted the disease with his three other sisters.

He said it took 13 years for it to be diagnosed and by that time, the disease had aggravated.

“Even though I am now cured I still have its deformities,” he said.

“The disease itself does not kill but the stigmatization associated with it has the potential to kill faster than any deadly disease.”

While shedding tears, he recounted how the affected family members lost their names, stressing, “We suddenly lost our names, now people call us lepers even when they know our names and that is sickening.”

Mr Nyarko urged all to visit the nearest hospital whenever they experience any form of skin infection for early diagnosis and treatment.

Osabarimba Kwesi Atta II, Omanhen of Oguaa Traditional Area, said it was important to renew the hopes of affected persons for them to live their lives to the fullest.

“We can all play our part in our various communities while efforts are made by the authorities to help rehabilitate them,” he added.

He urged all to be advocates to help share what he described as the “good news” so that generations to come would not have to deal with the same problems.