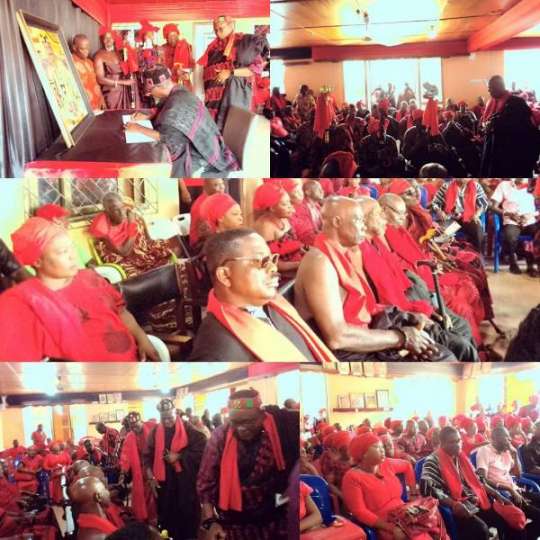 The delegation led by Torgbui Dallah Avege III from Anloga on behalf of Torgbui Sri III, Awoamefia of the Anlo Traditional Area said the Anlos as tradition demanded, called on the Gbi Traditional Council to mourn with them and assured of their support.

He said the Anlo Traditional Area recognised Togbega Gabusu’s contributions to the development of his traditional area and the region during his reign as the President of the Volta Regional House of Chiefs and must be given a befitting burial.

Togbe Adzofuwusu, Divisional Chief of Gbi-Atabu on behalf of Togbe Worde IV, Acting President of the Gbi Traditional Council and Divisional Chief of Gbi-Kpeme expressed gratitude to the Anlo Traditional Council for the support.
He said the Council was happy that they honoured the memory of Togbega Gabusu VI and said plans concerning the funeral rites would be communicated to them.

Togbe Adzofuwusu also used the occasion to tout the peaceful coexistence between the Gbis and Anlo residents in the area led by Torgbui Azilagbetor.

The delegation presented 10 bottles of schnapps, six bottles of castle bridge, assorted wine, 15 packs of mineral water and an amount of GH₵700.00 to the Gbi Traditional Council.