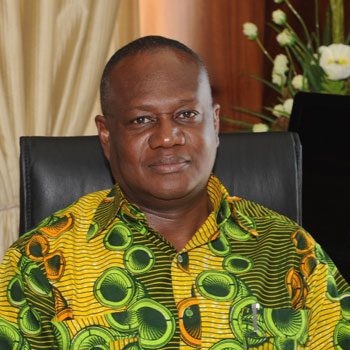 Intelligence gathered by The aL-hAJJ suggests that the president?s imminent reshuffle of non-ministerial appointees at the Flagstaff House will witness mass movement of presidential aides and staffers, but ?one or two of the staffers will not be affected,? a source has disclosed.

Short of mentioning names of presidential aides and staffers to be retained, our usual credible sources at the seat of government said ?aside the Chief of Staff who will be elevated to the post of senior presidential advisor and one or two of the staffers who will still keep their post, I can tell you that in the next few hours most of the appointees at the Flagstaff House will know their fate.?

Sources say not even the supposed powerful presidential aides and staffers and even those who have personal relationship with President Mahama will escape the ?Green Letter? effect.

However, this paper cannot independently confirm who the successor of Mr. Bani will be as the president, according to our Flagstaff House source, is yet to settle on a possible candidate for the soon-to-be vacated Chief of Staff post.

But, Ghana?s former Ambassador to Nigeria, Alhaji Baba Kamara, rumored as favorite among names bandied in the media to be appointed Chief of Staff when President Mahama was sworn-on January 7, 2013, but lost out to surprise candidate Bani, is also being touted as a possible next Chief of Staff.

President Mahama, some few weeks ago was reported to have personally signed letters addressed to occupiers of the seat of government with the exception of the vice president, Paa Kwesi Bekoe Amissah Attah thanking them for their services.

The letter titled, ?Portfolios of Presidential Staffers? reads, ?May I use this opportunity to express my profound gratitude for the service you have rendered to the nation in your various positions as staffers in the Office of the President.”

?I intend in the near future to make certain changes and/or re-assignment of portfolios in the Office of the President. Please stand by, as the changes will be communicated to you in due course,? the President informed his teeming staffers.

However, the president prayed that the affected people would have the strong will to stomach the repercussions of his action.

?It is my prayer that God will grant you the grace to apply yourself diligently and effectively to whatever position or situation you find yourself in,? he stated, apparently preparing the minds of those who may be relieved of their duties.

President Mahama has in the past weeks sacked some ministers and reassigned others to breathe new life into his government to help him deliver on his promises and lift the country from the present economic difficulties.
Source-Al-Hajj