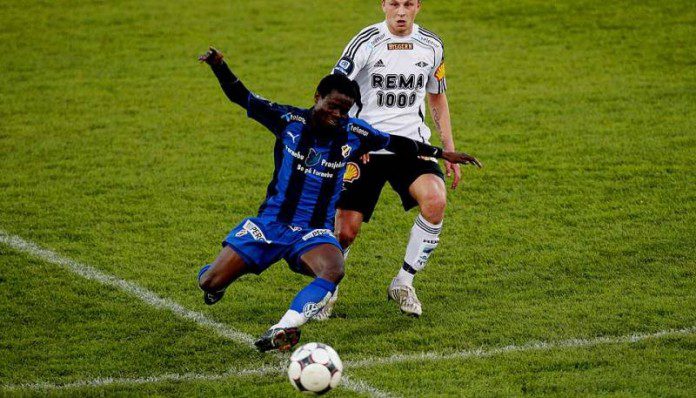 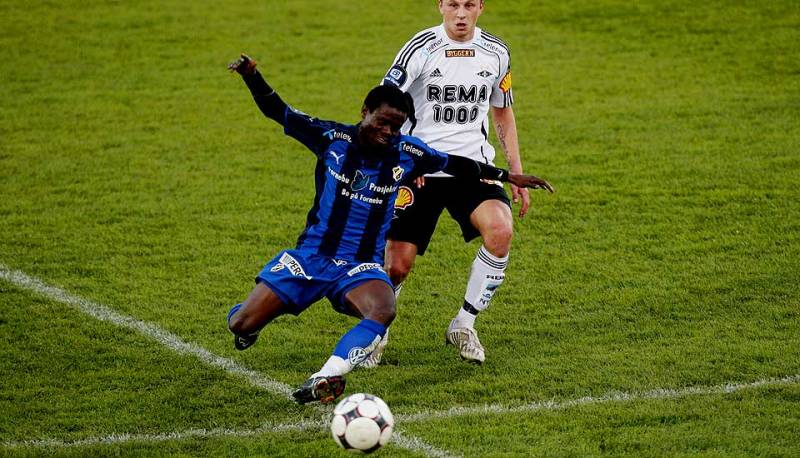 Anthony Annan playing for Stabaek against Rosenborg BK in 2008

Ghana midfielder Anthony Annan could face his former Rosenborg BK in his debut for Stabaek in the Eliteserien on Sunday evening.

The 29-year-old has begun training with Bob Bradley?s side after completing a move back to the?Nadderud Stadion on Thursday evening.

Stabaek have acquired the former Schalke 04 to bolster their midfield as they seek to pile pressure on leaders Rosenborg BK at the summit of the table.

Annan has signed a contract till the end of the season.

Stabaek will have a trip to the 21,850 capacity?Lerkendal Stadion to face leaders Rosenborg BK and manager Bob Bradley could include the experienced midfielder in his squad.

Annan won three titles at Rosenborg during his two-year spell at the club after winning two league titles and the Norwegian Super Cup.

The former Hearts of Oak star has played at both clubs during his stint in the Norwegian top-flight between 2008 and 2010.